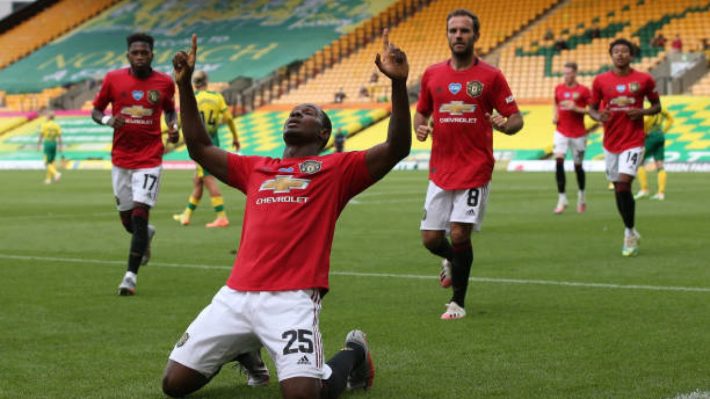 Odion Ighalo continues to write his story at Manchester United. The Nigerian, who recently extended his loan until January 2021, had another treat this weekend.

By opening the scoring for the Red devils against Norwich (2-1) in the quarterfinals of the FA Cup, Ighalo scored for the 5th time in four starts. Even better, the Nigerian has scored every time he holds Manchester United.

The Shanghai Shenhua player equaled a 95-year-old record. It belonged to James Hanson in 1925.

“Keeping Odion was very important to us and we worked for it. He works well and it allows me to tour with Martial, Rashford and Greenwood, “said his manager Solskjaer.

In addition, Manchester United will face Chelsea in the FA Cup semifinals. The other match will be between Arsenal and Manchester city.