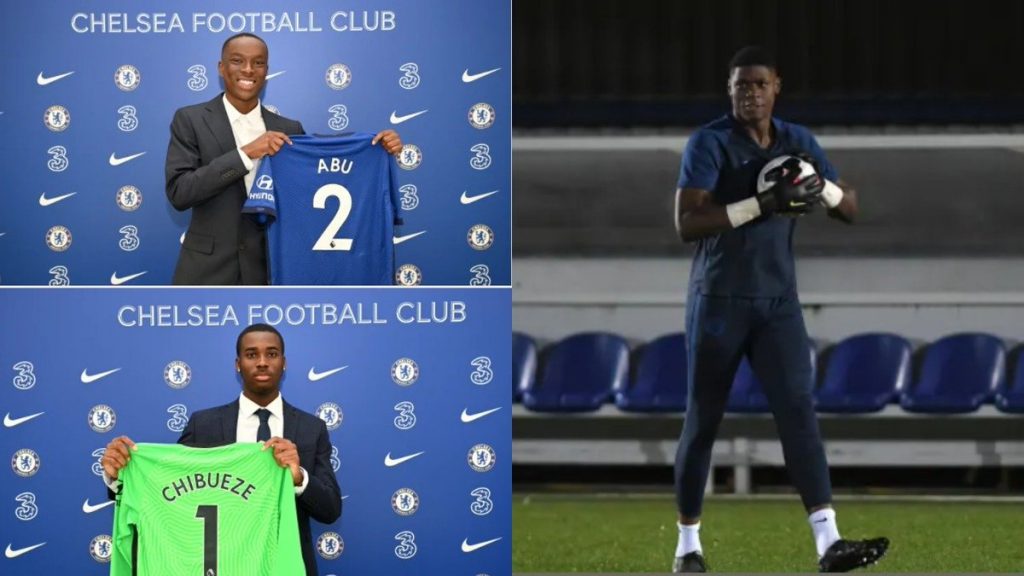 Three Nigerian U-18 players have been included in Chelsea Academy scholars ahead of the 2020-2021 campaign Africa Top Sports reports.

Chelsea on Friday unveiled the Youth team who are all in their under-17 and will be managed by Ed Brand as the young Blues wish to pick up from where they stopped last season.

The club in a statement on its official website profiled the players and their position.

It also revealed that all players in their Under-17 year are required to start the season on a scholarship agreement, before they are permitted to sign a first professional football contract on or after their 17th birthday.

“With the 2020-2021 season approaching,it’s almost time for a new intake of Chelsea Academy scholars to begin preparations for the forthcoming campaign.

“Ed Brand will remain in charge of our Under-18s this coming season and will hope to pick up where he left of with his team last campaign.

“The youth team reached the semi-final of the FA Youth Cup and were third in the Under-18 Premier League South table with a game in hand over Fulham and West Ham in first and second place respectively, before the curtailment of the Academy season.

“All players in their Under-17 year are required to start the season on a scholarship agreement, before they are permitted to sign a first professional football contract on or after their 17th birthday.

“The intake includes four players who featured for last season’s youth team, including midfielders Harvey Vale and Charlie Webster, who made 13 appearances between them.

Derrick is an attacking full-back who first signed as an Under-11 from local grassroots football.

A hard-working and dedicated player who thoroughly enjoys his football, his energy on and off the pitch is infectious throughout the group.

He has also been part of the full-time school programme at the Academy.

Kelechi is a goalkeeper who has been part of the club since the Under-8 age group.

A talented goalkeeper who has a younger brother in the Academy programme, he is quick and agile between the sticks and takes pride in his communication skills, often being the loudest on the pitch.

Prince is a goalkeeper signed locally as an Under-13.

A very tall and big presence on the pitch, he featured on the bench in the FA Youth Cup last season and has been involved with the Under-18s on a number of occasions.

Prince has been part of the full-time school programme at the Academy.