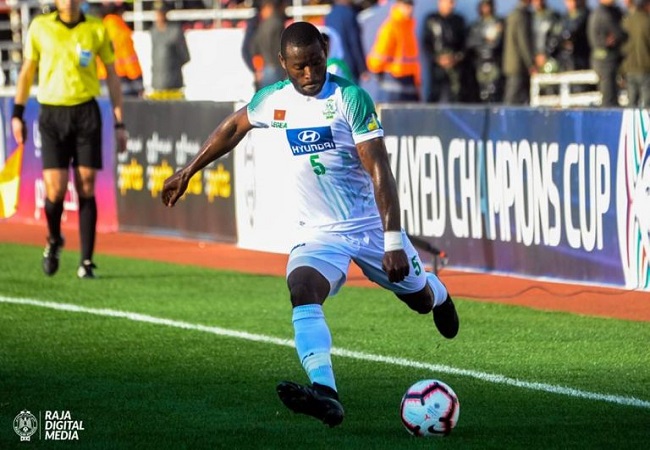 Fabrice Ngah is of great interest to the Toulouse football club which hopes to enlist him at the next transfer window.

Fabrice Gaël Ngah, 22 and very enthusiastic, arrived at Raja Casablanca since January 2019. He has then been swimming in the Moroccan seas like a fish while occupying as much space as a whale. For his progress, the Cameroonian international needs a new challenge.

In fact, the Raja of Casablanca could lose one of his most important players during the next transfer window. The Cameroonian defender of the club, Fabrice Ngah, is very interested in Toulouse football club, according to Le360sport. According to the media, Téfécé is eager to play Ligue 1 and is getting ready to recruit good players such as the left-back, Fabrice Ngah.

As a reminder, the player was proposed last summer to the Toulouse team, which was not very interested then.