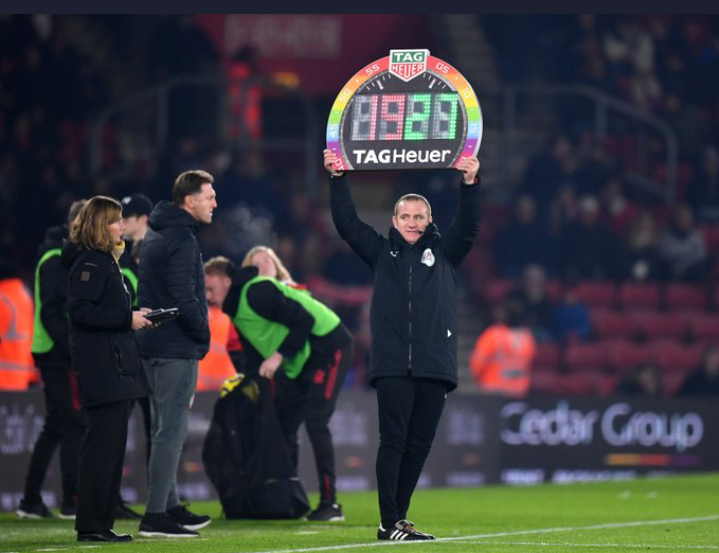 Premier League clubs have agreed to revert back to using up to three substitute players per match, with a maximum of seven substitutes on the bench.

The decision was reached at the Premier League Annual General Meeting held on Thursday by stakeholders and all the clubs.

Football governing body, FIFA through IFAB introduced a temporary rule for five substitutes to be used per match due to the COVID-19.

The remaining games of the 2019-2020 season saw clubs used five substitutes in order to avoid fatigue on players due to tight schedules.

They also voted to stick with the rules relating to Video Assistant Referees (VAR) ahead of the 2020-2021 season.

Africa Top Sports learnt in a statement made available on www.premierleague.com that explained in details how VAR will be used in the coming season.

“Shareholders unanimously approved the implementation of VAR, in line with the full FIFA VAR protocol.

“Clubs also agreed to revert back to using up to three substitute players per match, with a maximum of seven substitutes on the bench.

“In July 2020, the International Football Association Board (IFAB) transferred the responsibility of VAR to FIFA.

“IFAB will continue to work closely with FIFA, especially in terms of the VAR protocol, related Laws and qualification requirements.

There are five key areas that highlight the differences in implementation of VAR in 2020/21:

Referee Review Area (RRA): Increased use of the RRA, which will be used for subjective decisions in the three key areas – goals, red cards and penalty kicks

Goalkeeper encroachment on penalty kicks:The protocol does not allow for tolerance levels, so if the goalkeeper saves a penalty and his foot is over the line then VAR will advise it is retaken.

If the goalkeeper is off his line and the ball hits the post or goes over, it won’t be retaken unless the ‘keeper has a material impact on the kick being missed

Player encroachment on penalty kicks: It is now judged on any part of a player’s body that is on the ground when the kick is taken.

So if any part of the foot is on the penalty area or arc line it is encroachment.

Offsides: The protocol does not allow for tolerance levels.

Keeping the flag down for tight marginal offside offences:

When an immediate goalscoring opportunity is likely to occur, the assistant referee will keep their flag down until the passage of play is completed.

Once the goalscoring opportunity is complete, either a goal is scored or the chance is gone, the assistant will then raise the flag to indicate the initial offence.