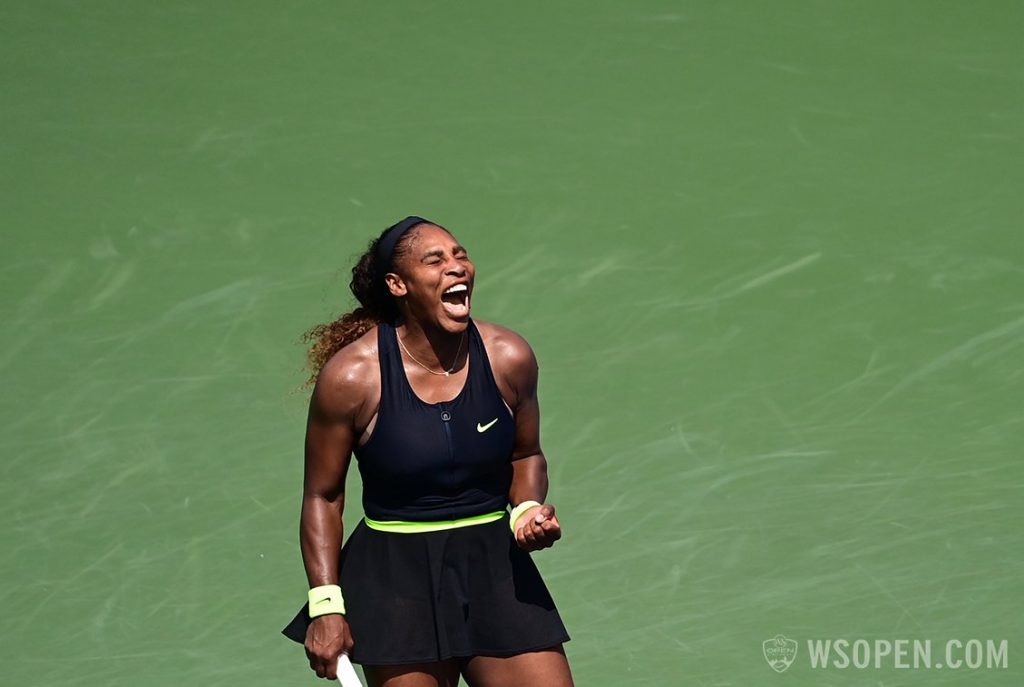 Serena Willliam journey for a third Western & Southern title has ended at the hands of No.13 seed Maria Sakkari who defeated her 5-7, 7-6(5), 6-1 to roar into a second straight Cincy quarterfinal.

Serena who defeated on Monday could not withstand a determined Sakkari who started the week with a decisive victory over in-form American teenager Cori “Coco” Gauff, trailed by a set and a break in her first meeting with the 23-time Grand Slam champion only to roll through the final set after two hours and 17 minutes on Grandstand court.

Williams, who was two points from defeat in her opening round against Arantxa Rus, arrived to court after a late-afternoon storm delayed action for 90 minutes, but enjoyed a seamless start – racing ahead 5-2 on the strength of an early break of serve.

Sakkari soon settled and capitalized on some loose shots from the No.3 seed to level the set at five games apiece.

Looking to avoid another tie-break, Williams turned the tables on the 25-year-old to sweep the final two games.

Shaking off the halted momentum, Sakkari began the second set with another break, moving ahead 3-1 before Williams regained her bearings, reeling off the next four games to find herself serving for the match.

Williams, who reached the last eight in her return to action at the Top Seed Open presented by Bluegrass Orthopaedics with a win over elder sister Venus, was two points from victory when Sakkari stepped in to earn a late break point and level the set once more.

As in the opening set, Serena responded with a solid service hold to put the pressure back on Sakkari, who forced a tie-break with a hard-fought hold of her own.

The ensuing Sudden Death saw Sakkari reverse a 4-1 deficit as Williams struck some tentative shots from the baseline, and the No.13 seed was first to set point with a big serve.

With a deciding set in sight, Sakkari struck a booming forehand to level the match.

She maintained that aggressive form early in the final set, striking another impressive winner to engineer break points in Williams’ first service game.

What followed was a topsy-turvy series of seven deuces before Sakkari ultimately converted her eighth opportunity.

Speaking after her victory Sakkari said she is yet to realize she defeated her opponent.

“I haven’t realized it yet,” Sakkari said after the match.

“It feels pretty good, because she has been a role model for me growing up, and obviously what she has achieved is huge.
“So it feels very nice.”

“I was not feeling good.

“This first set and a half, I could not feel my shots.

“There were some points where I was playing good, but I knew it was going to be ugly.

“I’m kind of proud of myself that I came through that match just because of my mentality and my fighting spirit.”

“I think the key point was, of course, winning the second set, but then serving the way I did first game of the third set was just like a turning point for me, because it gave me a lot of confidence going into the third set.”