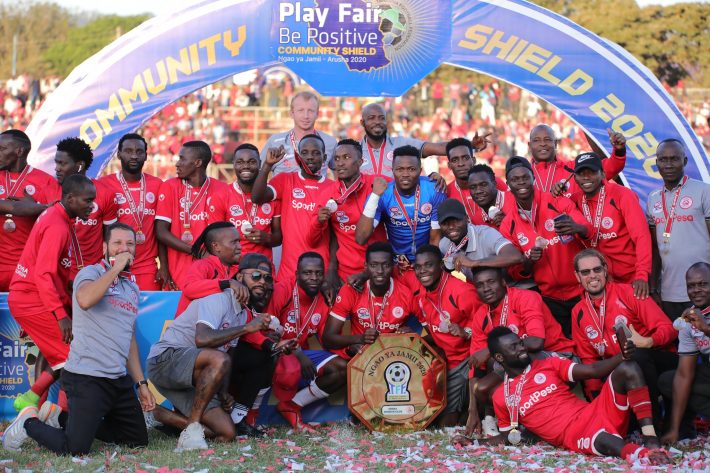 Tanzania Premier League giants Simba SC has clinched their fourth trophy on Sunday as they won the Community Shield over Namungo FC.

Controlled match for Sven Vandenbroeck’s men. John ‘Adebayor’ Bocco opened the scoring in the 7th minute from the penalty spot. Later in the match, Bernard Morrison added a second goal.

Winner of the championship for the 3rd consecutive season , Simba adds a new trophy to his prize list.

In addition, the club continues its preparations for the new season. And also the CAF Champions League.