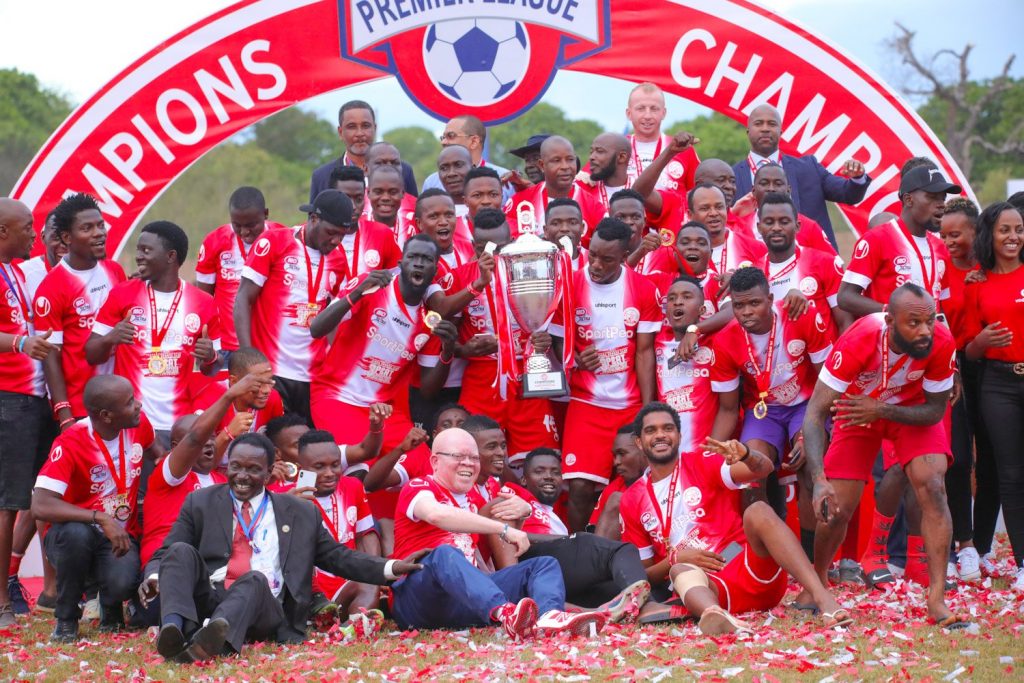 Just over a week after their coronation, Simba Sport receive 2019/2020 trophy of Tanzania Premier League. Following their 0-0 draw against Namungo earlier on Wednesday during matchweek 34.

The time to enjoy all pain fruits has come for Dar Es Salam based club. Despite winning the title since June 30, following their 0-0 draw against Tanzania Prisons, the’ve just received the trophy.

It’s the third consecutive season that Simba Sport are walking over the championship. After 2018 and 2019.

With 17 clear of the 2nd ranked Young Africans (64), Simba Sport (81) are going to represent Tanzania in next CAF Champions league.