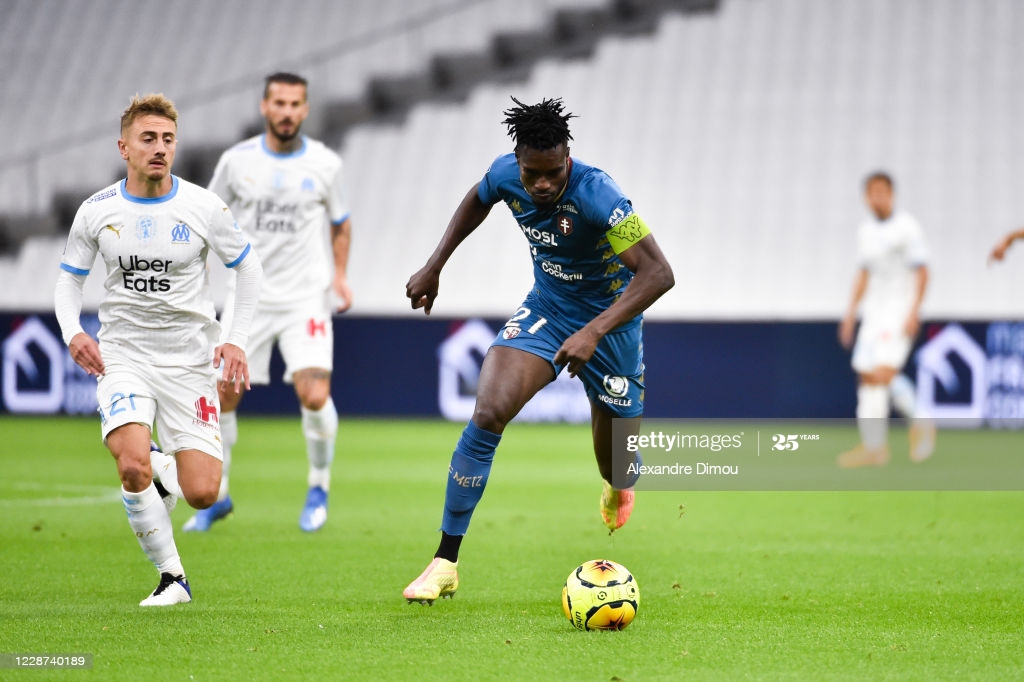 Ghanaian centre-back and FC Metz captain John Boye starred again as his side suffered a late equalizer against Olympique Marseille on Sunday.

FC Metz missed out their second win of the season as John Boye and team-mates got punished in the last minutes of the game. Senegal striker Ibrahima Niane gave the lead to Metz at the 71st minute before Morgan Sanson’s equaliser in the additional time.

Metz conceded the 1-1 draw and rank 16th in Ligue 1 table after five games played. They won once, drew one and lost three.

John Boye Boye who has been left out in CK Akonnor’s squad for October friendlies , will be preparing for Sunday home clash against Lorient.