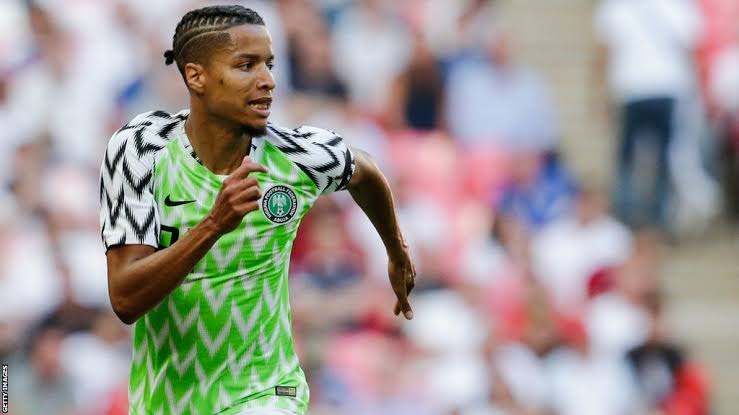 Gernot Rohr has called up Tyronne Ebuehi to replace injured Wilfred Ndidi ahead of Super Eagles friendlies against Algeria and Tunisia.

Ndidi injured in Leicester City game against Burnley and has will be out up to six weeks according to Brendan Rodgers.

With the midfielder ruled out of the game, Rohr decided to opt for Ebuehi who recently got back to his best of form.

Rohr included Ebuehi in His standby players ahead of the October 9 and 13 friendly in Austria.

Africa Top Sports monitored Rohr’s interview with ESPN where he named the replacement for his prolific marksman.

The gaffer also hinted that he will miss the service of Ndidi who has undergone surgery in Saturday.

“Tyronne will replace Ndidi in our team from the standby.

“We will miss him so much,” stated German tactician.

“I have spoken to him, of course. He must be patient now and take his time to get well.”

The defender who joined Dutch club FC Twente on loan from Benfica has not played for the Super Eagles since 2018.

However, On 5 October 2019, he got a late invite to play for the Super Eagles in a friendly against Brazil after defender Kenneth Omeruo got injured while on club duty.

He was part of the squad that defeat Iceland 2-0 in the second group game of the 2018 World Cup in Russia.

The left-back came in as a substitute in the second half.