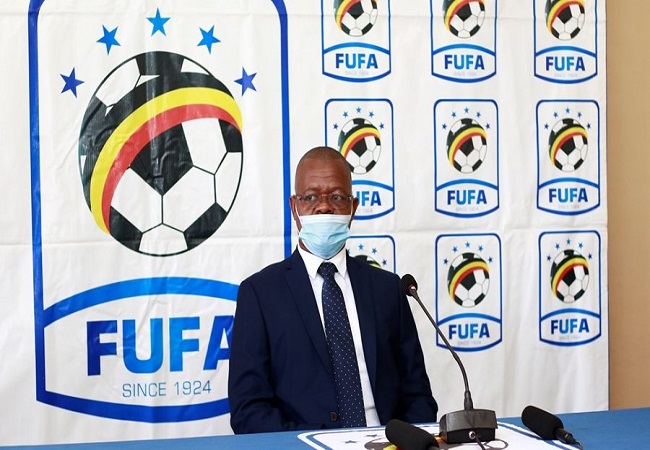 Covid-19 pandemic has put on hold Uganda local football since mid-March. It could progessively resume Saturday when the long-awaited Fufa Big League playoffs kickoff at Fufa Technical Centre in Njeru.

Although the date is still tentative, there was a sigh of relief among the leadership of the playoff clubs. As they met Fufa in Kampala yesterday when the decision came out, especially with the federation committing to cost-sharing.

“The meeting agreed that Fufa would share cost of Covid-19 testing with the clubs, meet the accommodation, feeding of the team players and officials as well as provision of medical services for all the teams during the matches.” The federation said in a statement they posted on their official website yesterday.

The Covid test costs Shs240,000 (about €55) per head at public hospitals. It was one of the most stressing issues among the 20 clubs in the Big League and Regional league playoffs.

“With Fufa coming in with the cost-sharing aspect, we are humbled.” Said Edrine Ochieng, president of Nile regional side Gaddafi, whose team await Admin of Bukedi, told the meeting shared by Fufa boss Moses Magogo.

Besides appealing for government subsidy on the matter, the clubs had also requested Fufa foot the bill. Which would hit at least Shs130m (about €30,000). Just for a single round of testing in a tournament format that lasts one week.

There are three Big League playoff matches to negotiate leading to  promotion to the StarTimes Uganda Premier League for the upcoming season. Which got delay further by a month despite government allowing resumption of sports activities within stringent Covid-19 regulations SOPs.

The issues had numbed the clubs so much that club officials feared the playoffs would not take place. Like Joseph Collins Ssemanda of Ndejje University suggesting the “best prepared club” should get promotion to top-flight.

“If the sporting merit fails to determine the promoted clubs. Then the club licensing measure should be considered to determine the prepared clubs.” Ssemanda told the meeting.
Katata will face Kitara in the semi-final while Kiboga Young – due to change name to Mbale Heroes after a merger – will play Ndejje University in the other semi-final.