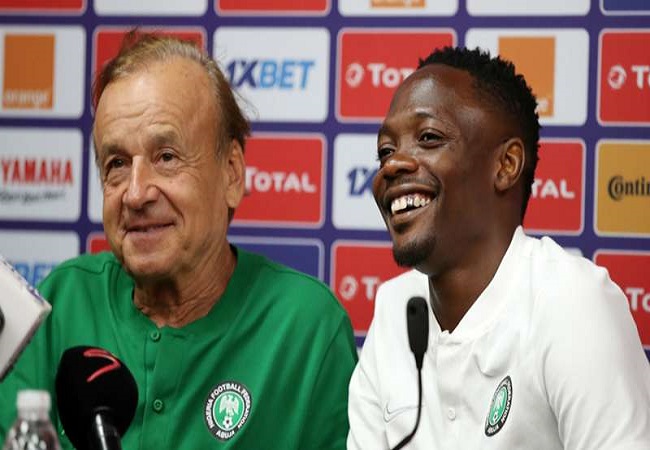 Algeria defeated Nigeria 1-0 yesterday in Friday’s international friendly game. This misadventure does not please many Nigerians. And the Super Eagles international Chibuzor Okonkwo, believes Gernot Rohr is to blame for this poor performance.

“Rohr must stop experimenting with players, even if there will be changes it should be few, probably two or three.” Okonkwo told Goal. “If Algeria can play their full squad, why can’t we present our best. [Riyad] Mahrez was there!

“All the Super Eagles players were foreign-based.” He added. “They are playing week in, week out for their teams. So there should not be an excuse.

“The fact that [Victor] Osimhen and [Wilfred] Ndidi were not in the squad is not an excuse for failure.”

The West Africans were without some of their key players for the encounter due to injury, club inactivity and Covid-19 restrictions among other issues.

“If you are called upon for a national-team assignment, you have to give your best. If for any reason you won’t be able to perform, then stay away from the team. People are not happy with the Super Eagles performances at all.”

Next up for Nigeria, they will meet Tunisia in their second international friendly on Tuesday.

“Against Tunisia I want us to be more focused,” Okonkwo concluded.

Nigeria’s friendlies are part of their preparation for the Africa Cup of Nations qualifiers against Sierra Leone in November.

Okonkwo has nine caps for the Super Eagles since he made his international debut against the Democratic Republic of the Congo in 2010.