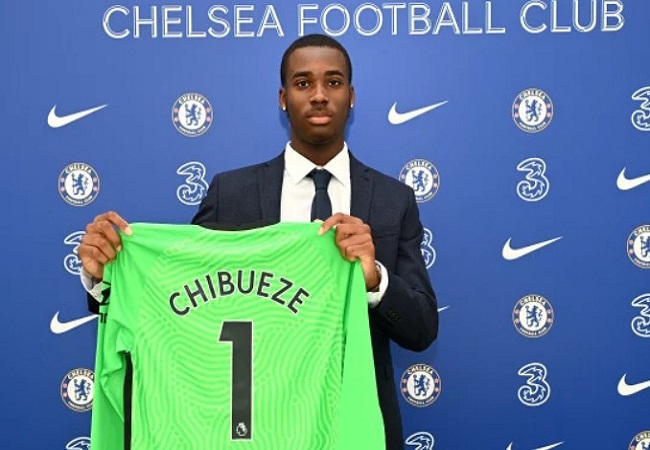 Talented Nigeria-eligible goalkeeper, Kelechi Chibueze left Chelsea after ten years. The club have confirmed the information through a statement on their official website.

Allnigeriasoccer.com broke the news more than nine months ago that Chibueze was considering departing the Stamford Bridge outfit. Because he was unhappy with the terms of his scholarship deal.

Unlike some of his teammates who are due to go professional on or after their 17th birthday, including former Nigeria U17 invitee Prince Adegoke, Chibueze was only offered a two-year scholarship.

“U18 goalkeeper Kelechi Chibueze has departed the club after 10 years in the Academy.” Chelsea wrote on their official website.

“He last kept goal for Ed Brand’s team during the 4-1 win over West Ham at Cobham in September. We thank Kelechi for his contribution and wish him well for the future.”

Kelechi Chibueze has played non-competitive matches for England’s U15 and U16 national teams. And he is eligible to represent Nigeria’s youth teams without requesting for a change of association.