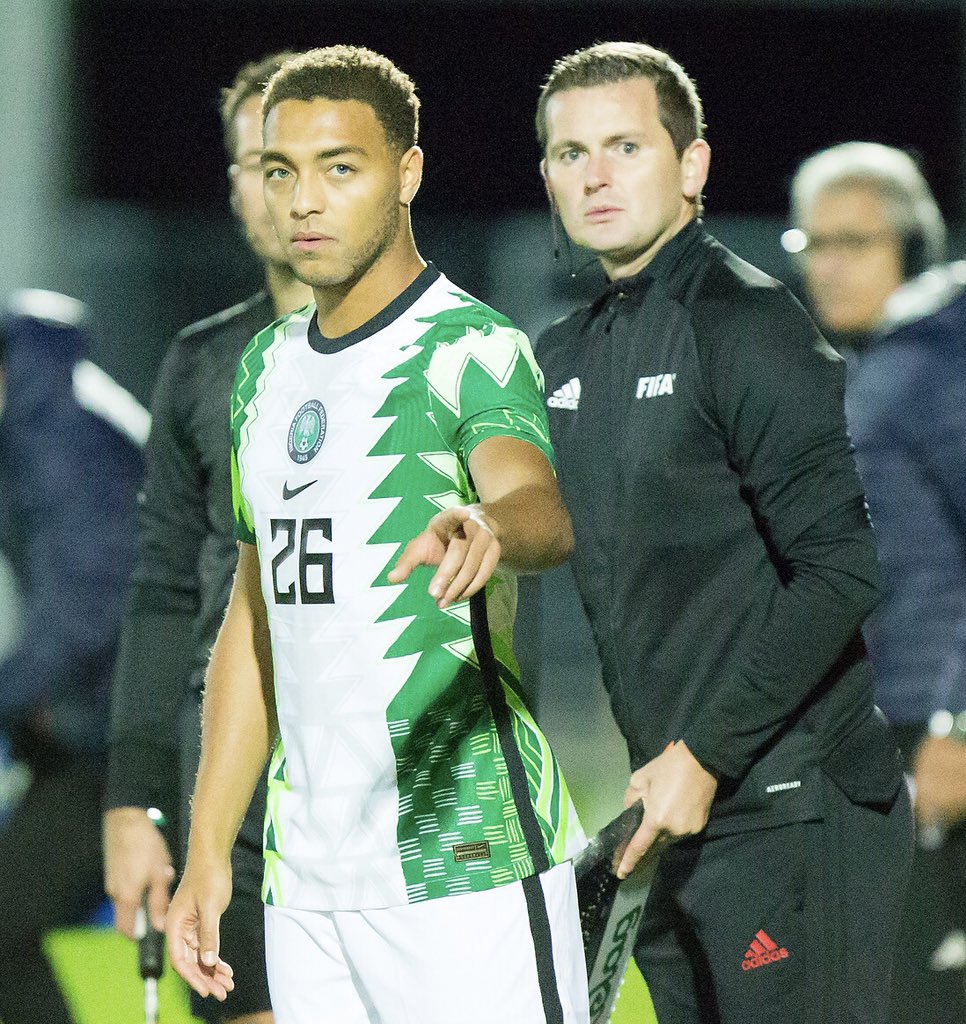 Super Eagles forward Cyriel Dessers is proud to proud to represent Nigeria after he made his international debut in Tuesday’s 1-1 draw against Tunisia.
Dessers is one of the players that was blooded by Gernot Rohr after he switched allegiance to play for Nigeria.
The Genk forward was an unused substitute in last week game against Algeria.
However, he was handed his first international cap on Tuesday as he came in for captain Ahmed Musa in the 66th minute.

A delighted Dessers took to social media to celebrate his first game on the green and white Super Eagles jersey.
“Proud and honoured to represent a big football nation like Nigeria.
Proud to be a Super Eagle 🇳🇬🦅 #SoarSuperEagles #EndSARS, he wrote in his Twitter handle.”
The forward displayed good composure with the ball in the few minutes he was in the pitch.
Kelechi Iheanacho scored for the Super Eagles in the 21 minutes in an intriguing game that also saw the forward miss a penalty in the first half.
Mohammed Drajer levelled for the Carthage Eagles few minutes to the end of the first half as both team failed to score in the second half.
Nigeria next game will be in November when they play Sierra Leone in a double-header for the 2021 AFCON qualifier.
The Super Eagles currently top Group L having won their first two games.