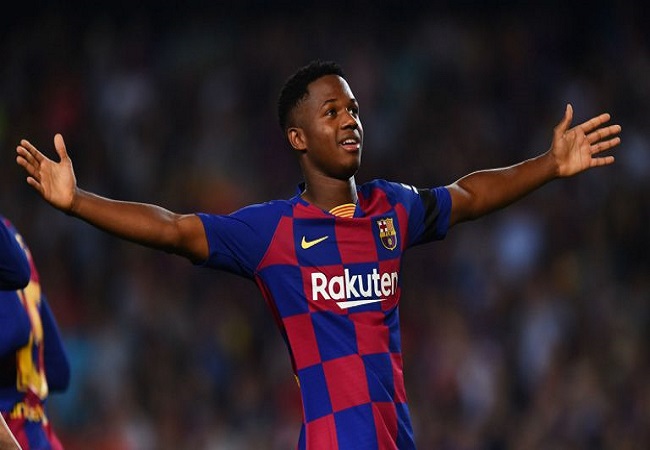 Having scored an equalizing goal from Jordi Alba’s assist, Ansu Fati has has written his name in the history of Barça and the La Liga.

At 17 years old and 359 days old, Ansu Fati has become the youngest scorer in history on Saturday during a Clasico between FC Barcelona and Real Madrid. He is ahed of Madrid’s Vinicius (scorer at 19 and 233 days in the same poster last March). The young striker of Barça equalized in the 8th minute on a service from Jordi Alba.

In this clash of the La Liga 7th gameday, FC Barcelona host Real Madrid in a very important match for both teams, in difficulty lately. Starting well the game, Real quickly scored the first goal thanks to Federico Valverde (5′). But that was without counting on Ansu Fati, the player in good shape since the beginning of the season. Because four minutes later, FC Barcelona equalized thanks to the young player of 17 years. A match already rich in goals for this Clasico under high stress. Real Madrid, in the end, won the game 3-1.