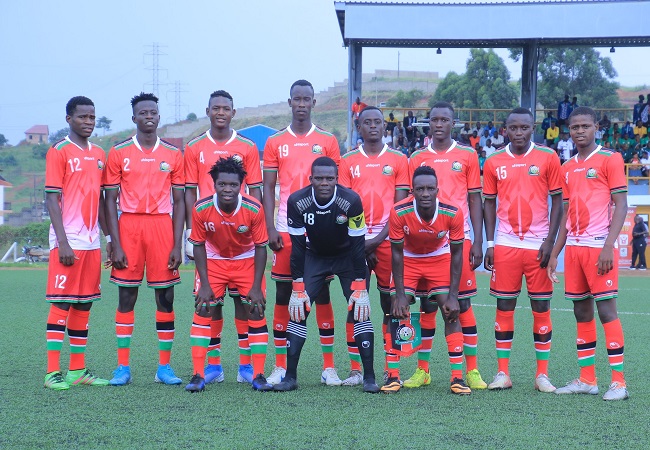 Cecafa U20 upcoming Championship will take place from 22 November to 6 December in Tanzania. And Kenya U20 coach Stanley Okumbi has named a provisional Rising Stars squad to take part in the competition. Youth competition that has venue in Dar es Salaam.

The team largely comprises of players who featured for the Kenya U17 team at the 2019 Africa U17 Cup of Nations qualifiers. And the Union of North African Federations (Unaf) U17 tournament in Egypt in 2019.

The Rising Stars are in Group C of the tournament alongside Ethiopia and Sudan. Group A is comprised of hosts Tanzania, Rwanda, Somalia, and Djibouti. While Group B will have Burundi, Eritrea, South Sudan, and Uganda.

The top teams in each of the three groups will proceed to the tournament’s semi-finals, alongside the best runner-up.

Initially, there were doubts about whether the qualifiers would play owing to the Covid-19 pandemic. However, a recent meeting with member associations unanimously agreed the matches should continue.

“During the Cecafa Executive Committee meeting held in Arusha on Saturday 10th October 2020, the decision to go ahead with the U17 and U20 Afcon Qualifiers was reached.” Cecafa confirmed in a statement that  Goal reported.

In the Cecafa region, Tanzanian football has been ongoing since 13 June. While Uganda is set to start the 2020/21 season in early November. And Kenya has a proposal to start the season from 20 November after the games were postponed in mid-March.