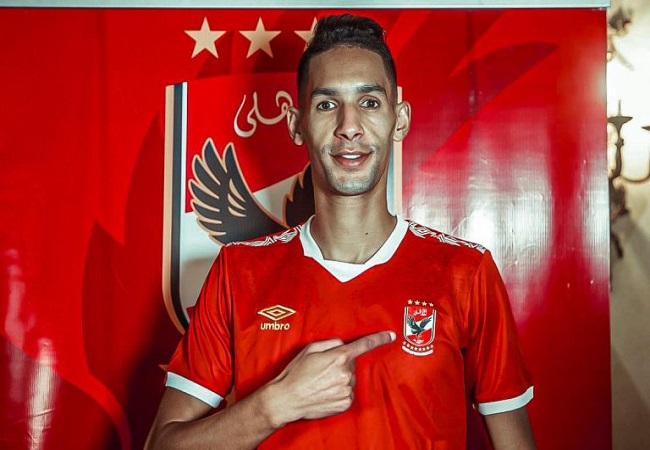 In the planning for a few weeks, the transfer of Badr Benoun to Al Ahly is official. The Moroccan left Raja Casablanca for Egypt.

He played his last game with the Aigles on 4th November in the return match of the Champions League semi-final against the Zamalek. Player at Raja for 5 years and captain of the club Raja for 2 seasons, Benoun, 27, crosses a level. He was a priority of the club of Cairo.

This transfer should bring some 2 million dollars to the club of Casablanca. For his part, the winner of the CHAN in 2018 with Morocco signs a 4-year contract. His salary is expected to reach $1 million annually in his third season.

“I’m at the Club of the century”. Benoun declared in a video presentation.