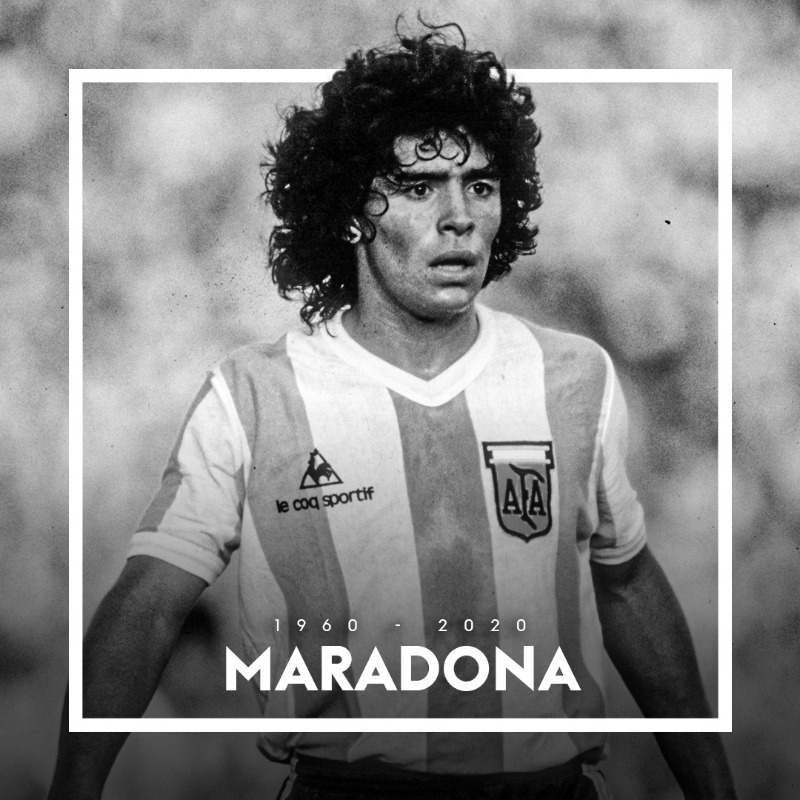 Maradona was at home recovering from brain surgery he underwent early this month.

Doctors were unable to resuscitate him when they arrived at his private home in Tigre, North of Argentina.

The 60-year-old World Cup winner was until his death the coach of Gimnasia FC.

In Africa, he will be remembered for leading Argentina to the quarter-finals of the 2010 World Cup, which took place in South Africa.

He played for top clubs such as Barcelona and Napoli in Europe and Newell Old Boys in Argentina.

Maradona and Brazilian Pele are considered the world’s finest players ever.

Gary Lineker, England football great, has since sent condolences to the family of Maradona.

“Reports from Argentina that Diego Armando Maradona has died. By some distance the best player of my generation and arguably the greatest of all time. After a blessed but troubled life, hopefully he’ll finally find some comfort in the hands of Go,” Lineker tweeted.