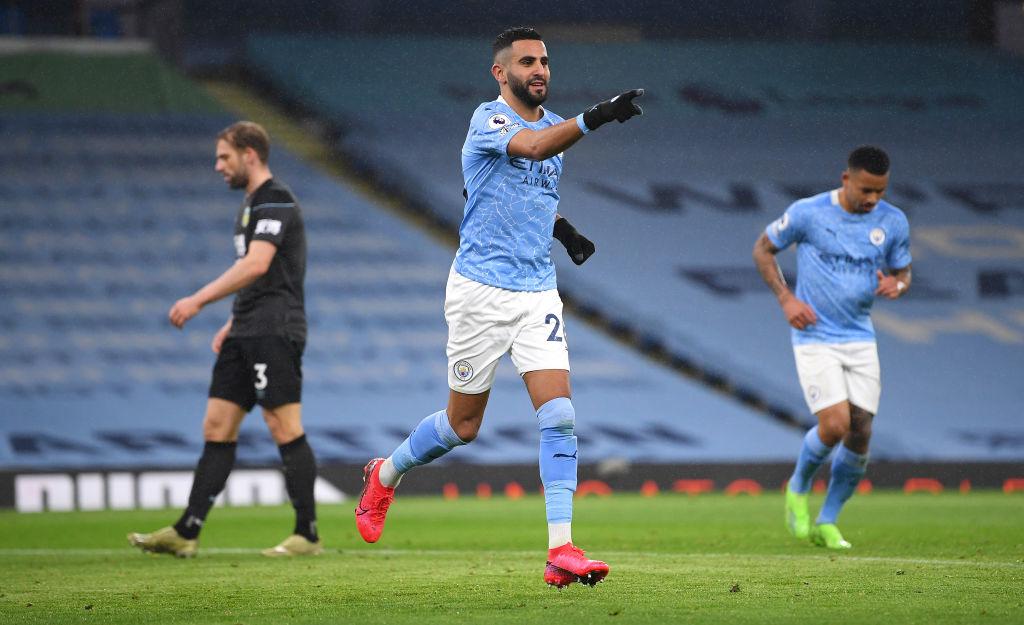 Mahrez became the first player to score a hat-trick in a Premier League games while also creating more than six chances.

After a poor start to the Premier League this season, the Cityzens are finally getting back to their form as they won their first consecutive home game.

Mahrez opened scoring for City just six minutes of play collecting a Kevin De Bruyne pass and curled the ball inside the net.

In the 22nd minute, the Algerian captain scored his brace this time it was Kyle Walker who provided the assist from a quick throw-in.

France defender Benjamin Mendy made it 3-0 in the 41st minute with De Bruyne assiting his second for the day.

Burnley came closer to pulling one back as Jay Rodriguez forced Moraes Ederson to action with a shot.

Ferran Torres made it 4-0 with his debut Premier League goal before  Mahrez completed his hat trick on 69 minutes, heading in substitute Phil Foden’s cross.