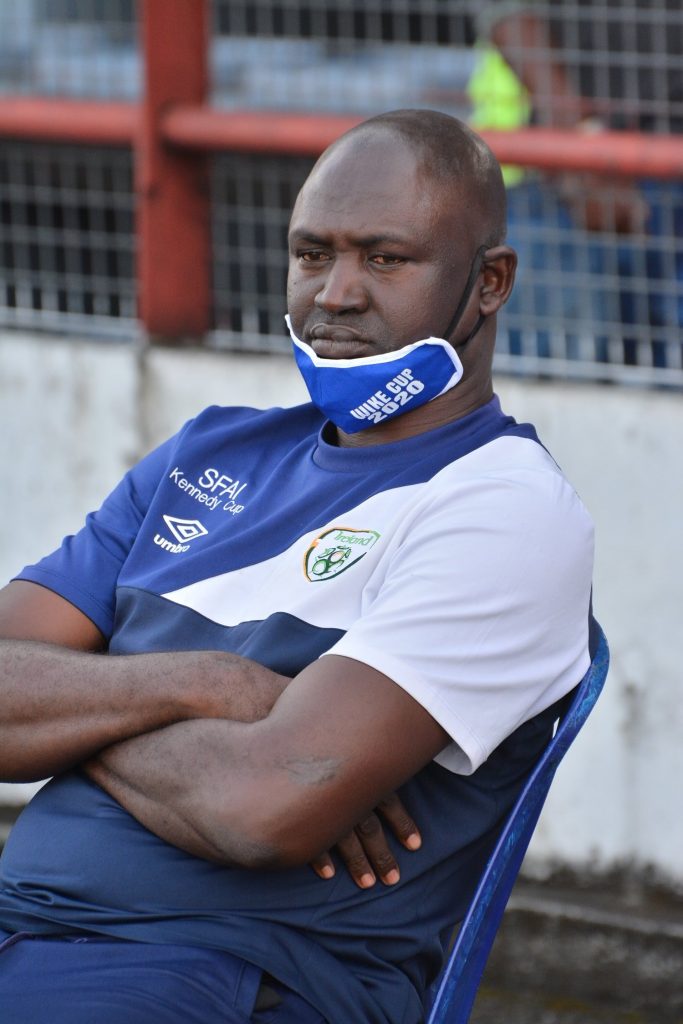 Rivers United coach, Stanley Eguma said his team will ensure they make judicious use of their chances ahead of their CAF Confederation Cup game against Futuro Kings.

Rivers United will host host Futuro Kings in the second leg of the preliminary round on Sunday at the Port Harcourt Stadium with the hope of overturning a 2-1 deficit they incurred in the first leg.

Eguma in his presser with the club media said inability of his players to convert their opportunities cost them the 2-1 loss at Mongomo.

The gaffer is upbeat that his side will be clinical and try to score an early goal to calm the game for them.

“Yes, we are preparing very seriously as you can see.

“We saw the first game, we saw what was our undoing.

“We missed a lot of scoring chances early in the game and I think that was our undoing.

“We have realised that the earlier we convert our chances the better for us.

“So this time around, we are working on converting those chances and making sure there are no wastages.

“We know it’s a difficult game but we are mapping out the strategies that will enable us to win the match and qualify.

“The players know what is at stake.

“All of us have resolved, the players, technical crew, and management have resolved to work harder to win because we know that our fans and the sponsors of the team expect nothing other than victory.

” A resounding victory for that matter. I say we are set for the game.”

Asked how he hope to plug the loopholes of his team conceding from set-piece ahead of the game, Eguma said;

“We conceded two goals there as a result of set pieces.

“The defenders were not at their best and that is the reason why we conceded and we are trying to perfect how lopped kicks are brought into the box, see the reaction of the defenders, and ensure there are no lapses and mistakes.

“We are working on that.

“We also let the players realise that any ball that comes their way they have to convert it.

“That’s what we are working on. We know our opponents will come, the will want to defend the goal and take us on the counter, we also are working on that to ensure that this time around we don’t make any mistake by conceding a goal.”

He also gave injury updates on his players ascertaining that goalkeeper, Theophilus Afelokai and Destiny Ashadi are out of the game due to injury.

“Some players in the team are injured. Theophilus Afelokai is injured, Destiny Ashadi is injured.

“They are key players that we need their services but in their absence, we will make do with the other players who are ready to deliver.

“No, their absence will not affect the team.”