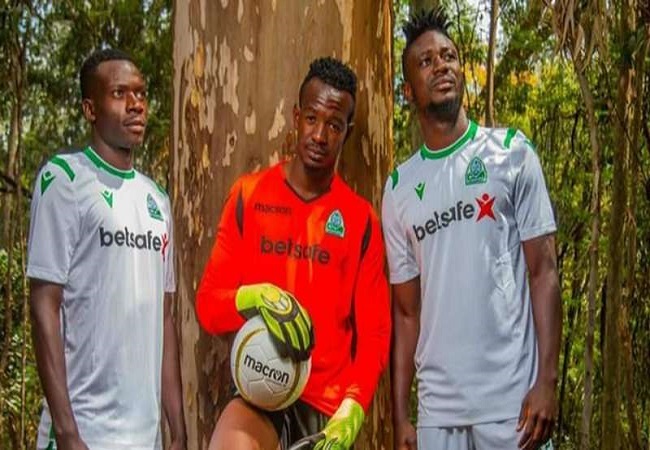 The league champions launched home and away colours for the season. But the former official has warned fans and members from purchasing them. Gor Mahia bonafide member and former secretary-general Ben Omondi has claimed the Macron jerseys launched on Friday for the purposes of the 2020/21 season are fake.

Omondi has further promised to reveal more about the club. As disagreements continue to hit the club’s top management before they even begin the Premier League season and title defence.

“The Macron kits being paraded are fake. Stop wasting your money buying them.” Omondi said on a Facebook post.

“I’ve so far flagged off the National Bank, ABSA and ADB accounts operated by cartels and more to come. I did my job as given by you the people through the ballot. Where did I err then?”

The main source of friction at the club has been the StarTimes broadcasting deal which drove a sharp wedge between the club chairman Ambrose Rachier and the secretary-general Sam Ochola.

While Rachier maintains Gor Mahia have not signed the deal ratifying the FKF-StarTimes partnership, Ochola had written a letter to FKF affirming their acceptance of the broadcasting partner and its binding terms.

But Omondi has claimed the bonafide officials are the ones to authorise all major sponsorship deals for Gor Mahia.

“Executive signature to authorise Betsafe, BetKing, StarTimes or any other transaction on behalf of Gor Mahia is still with us. All the other things remain just but antics.” He added.

Although Omondi claims he is still in office and all transactions must go through him, he did not defend the secretary-general position in the last elections. And therefore, Ochola was elected as an unopposed candidate.

“Ben Omondi is the secretary-general. And no transaction will go through without my authority.” He said in a reply to one of the comments that his post generated.

As the top management is embroiled in administrative conflict, the team is expected to kick-off the league with a match against Ulinzi Stars in what is part of the Jamhuri Day national celebrations at Nyayo Stadium.

Both Ulinzi Stars and Gor Mahia are starting their season after the other clubs have played. And they will be engaging in their third games over the weekend.

Mathare United and Zoo FC remain suspended due to their objection of the StarTimes deal.