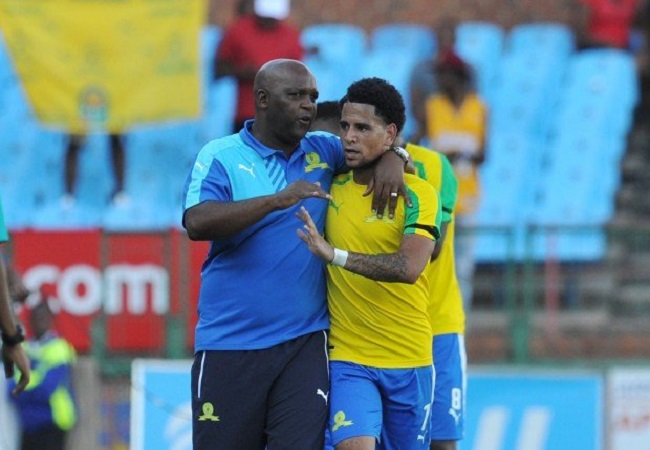 Cairo giants Al Ahly were close to acquiring one of Mosimane’s former players in the last transfer window. As they were keen to bring Uruguayan playmaker Gaston Sirino. But their attempt was unsuccessful.

Sirino was said to be keen on a move to the Red Devils. And he publicly expressed his desire to leave the Brazilians. But no fee was agreed between the two clubs.

Al Ahly have now turned their sights on another one of Mosimane’s pupils at Sundowns. He who is now active at Ligue 1 outfit Montpellier, which is Keagan Dolly. The midfielder whose contract with Ligue 1 side Montpellier expires next summer.

The South African midfielder has been a target of Al Ahly for some time now. And even before Mosimane joined the. Bbut it was Montpellier who snapped him up instead.

Dolly is now considered as an alternative for Sirino for Al Ahly. He is in the final year of his contract with Montpellier. And the Red Devils are thought to be keen on him on a cut-price deal. It is according to South African outlet Soccer Laduma.

The 27-year-old midfielder worked with Mosimane at Sundowns for three years. Winning the domestic title and the 2016 CAF Champions League before his switch to France.

Dolly didn’t endure a good time with Montpellier, scoring just once while assisting twice in 54 games in France since his move back in January 2017.

This season, he made 11 appearances for them. Starting just once in their 1-0 victory over AS Saint-Étienne in the Ligue 1.

However under Pitso, Dolly scored 10 goals while providing 11 assists in 61 games, achieving the treble in 2016.

On the international level, he has 18 caps to his name, scoring twice and assisting six times.