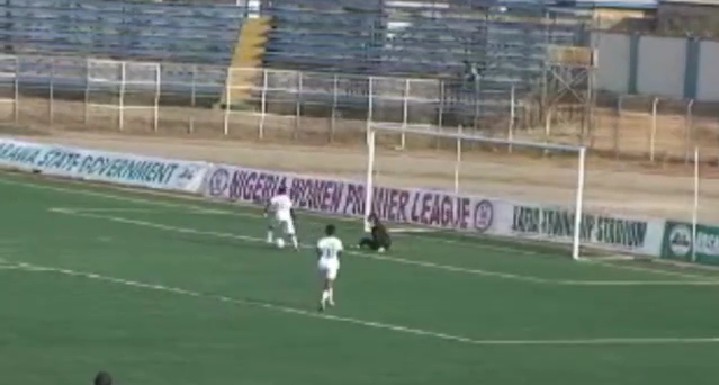 It was a day light robbery in Matchday 4 of the Nigeria Women Football League(NWFL) Premiership as referee blunder cost Delta Queens another away loss.
The Pearls after a disappointing 6-2 loss to Rivers Angels headed to Lafia with the hope of picking their first away win.
Coach David Ochei made two changes to the squad that defeated Sunshine Queens in Agbor Township Stadium on Matchday 3.
Having lost their two previous home games, Delta Queens were hoping to capitalise on Nasarawa Amazons’ poor start to the season. 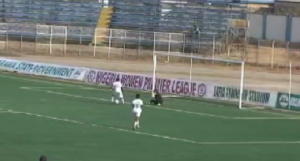 But their effort was thwarted by poor officiating that resulted to a goal for the host.

Both side kicked off the game cautiously with the away team trying to understudy their opponent .
The home team were also cautious of the threat their opponent could pose on the counter attack and it was a lacklustre start from both side.
With few minutes to first half break, Amazons were gifted a goal after three players were found wanting offside.
Igboamalu Chinyere then capitalised on the linesman flag which was not raised to score.
When the referee had awarded the ball for a goal before the linesman raised via flag up.
The goal turned out to be Amazons first win of the season why Delta Queens have now failed to win their two away game.
They will be hoping to bounce back to victory when they host high flying Bayelsa Queens next week Wednesday at the Agbor Township Stadium.