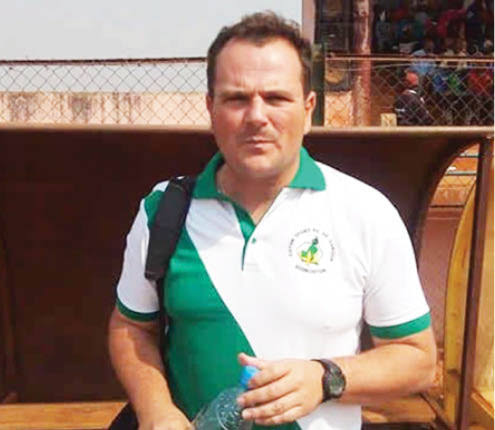 Kano Pillars made picked another point on the road after a 1-1 draw in Sunday’s NPFL game against Nasarawa United in Lafia.

Nwagua Nyima came off the bench and scored for the Ma Su Gida side before Adamu Hassan equalized for Nasarawa United.

Lionel who is in his debut in the NPFL on the dugout expressed confidence towards his players performance after the game.

The French tactician while reavting after the game said his players was exceptional and didn’t give Nasarawa United breather.

He then turned his attention to Wednesday Matchday 4 game against Plateau United who got their first win of the season against Heartland FC.

He said, “My attention has now been shifted to the Match Day 4 against Plateau Utd at our home, the Ahmadu Bello stadium on Wednesday.”

On his part, chairman of the club, Alhaji Surajo Shuaibu Yahaya Jambul has commended Governor Abdullahi Umar Ganduje for his financial and moral support and has urged him to do more for the team.

He said the one point picked off the solid miners is like a gold and would not relent on their effort to record maximum victories in their subsequent away fixtures.

The Aiteo cup holders are now ranked 9th on the NPFL game with 5 points from 3 matches.

The team will depart Lafia to Kaduna on Monday to prepare for the all important Match Day 4 against Plateau Utd on Wednesday at their adopted home, Ahmadu Bello stadium, Kaduna.