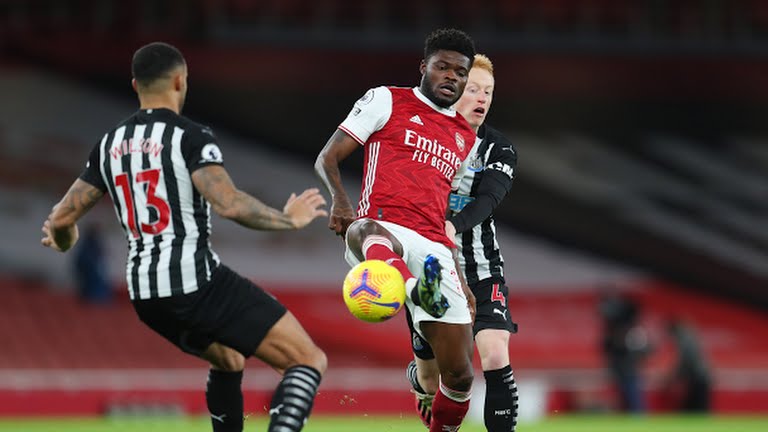 Ghanaian midfielder Thomas Partey has been influential in Arsenal’s 3-0 win against Newcastle on Monday night as he assisted Aubameyang’s first goal.

Thomas was a starter for the first time since his return from injury. After being a second-half substitute in the previous game, the 27-year-old was included in Mikel Arteta’s starting eleven against Magpies.

And the former Atletico Madrid star provided an assist at 50th minute to gunners captain Pierre-Emerick Aubameyang who unlocked the scoreline.

He was latter subbed by Egyptian midfielder Mohamed Elneny at the 67th minute.