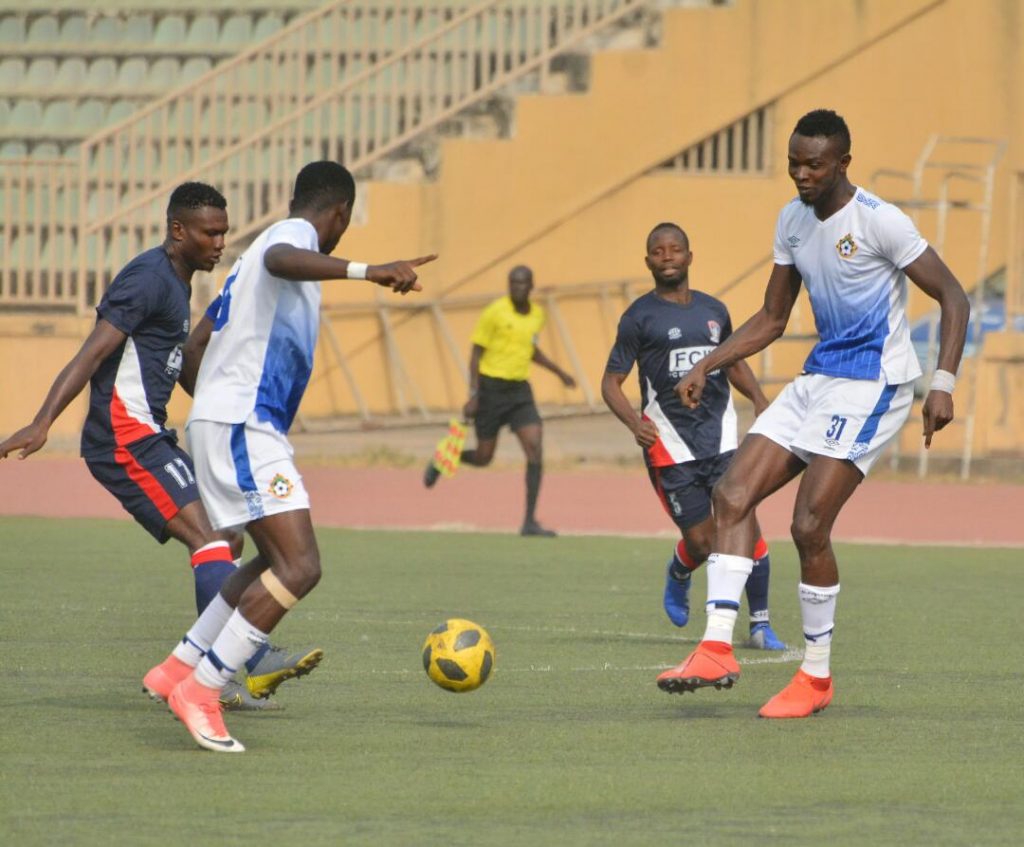 Nasarawa United pulled one of the biggest surprises in the Nigeria Professional Football League(NPFL) Matchday 6 games.

Matchday 6 have seen seven games  played on Saturday and Sunday while two games have been scheduled for Monday and one on Wednesday.

Ten goals goals were scored in the seven games played so far with three draws, two away wins and two home victory.

Heartland FC is the only team that won at home following their 2-1 come back win against Akwa United.

Sadeeq Yusuf broke the deadlock for the visitors heading inside the net a Seun Olulayo’s corner kick.

The forward completed his brace in the 67 minutes to put his side 2-0 clear.

Dakkada FC pulled one back  in the 71st minute through  Jesam Edet.

The Seasiders drew the first blood in the 21st minute through Uche Ihuarulam who headed Wolves in front from a Jumbo Wisdom pinpoint cross.

But a resilience Nasarawa United side equalized came out firing from all cylinder and in the 63rd minute,Silas Nwankwo equalised. 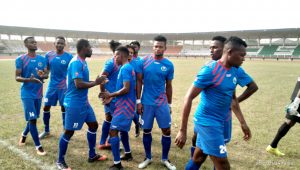 Undone yet, the visitors scored with 12 minutes from time through Chinesu Ohanachom to run away with the three points.

The Afonja Warriors fresh from their win against Enyimba in their rescheduled game, got recorded a second victory at home.

Warriors having failed to win any of their games at the Enyimba Stadium, Aba returned to their Okigwe fortress with the hope that luck will smile on them.

However, they ended up sharing the points against MFM FC as the ultimatum given to Imama Amakapabo is yet to be achieved.

In other fixtures, 10-men Lobi Stars held Enugu Rangers to 0-0 at the Nnamdi Azikiwe Stadium, Enugu.

Ossy Martins was sent off after he elbowed his opponent.

Katsina United 0-0 Plateau United
How the NPFL table looks like after Matchday 6 games. 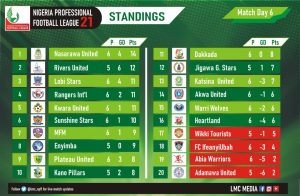