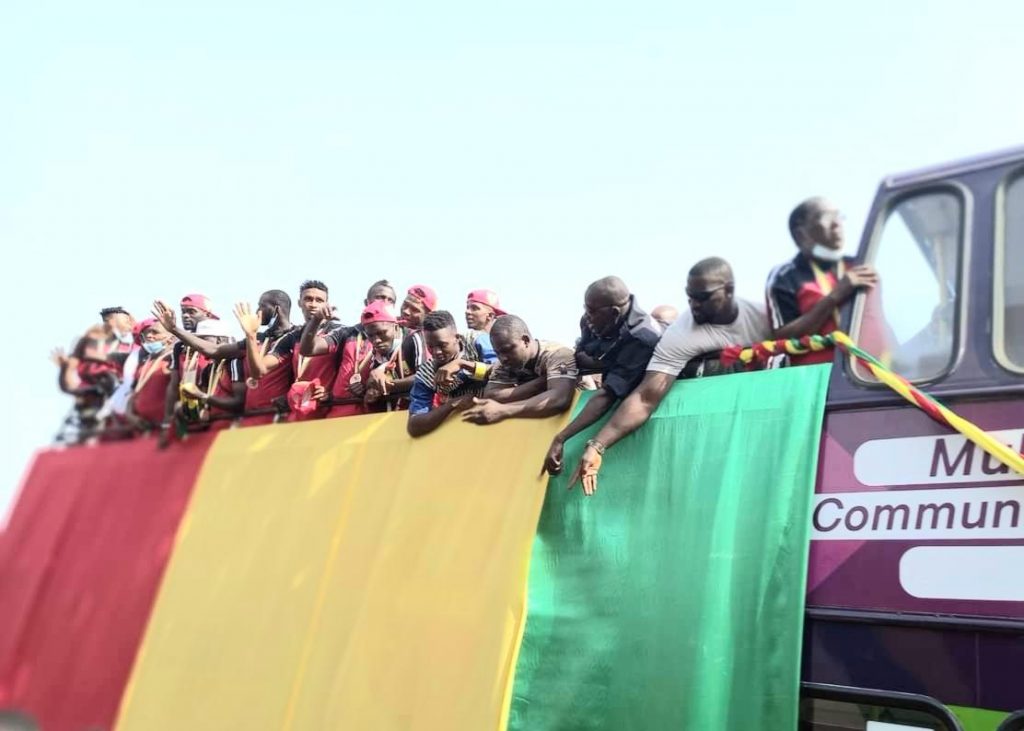 Horofa FC website says the team received the hearty welcome owing to its impressive performance at the championship held in Cameroon.

He said he was satisfied with the national team’s performance at the championship exclusive for home-based players in Africa.

“We played six games and got Man of the Match titles five times. No team has achieved this in this competition. This is why people did not agree with the choice of the best player, but the most important thing today is that Guinean football has regained its place,” Souare told the gathering.

“As I said before, we had to take time; we had to be patient … Now we are among the four best national teams on the continent. It is an asset for Guinea. We continue to work, because he must not have euphoria. The vision must continue to assert itself. It is a reward for all, because it is a collective work and it proves that we are on the right path.”

Guinea beat hosts Cameroon 2-0 at Reunification Stadium in Douala on February 6 to settle for the bronze medal.