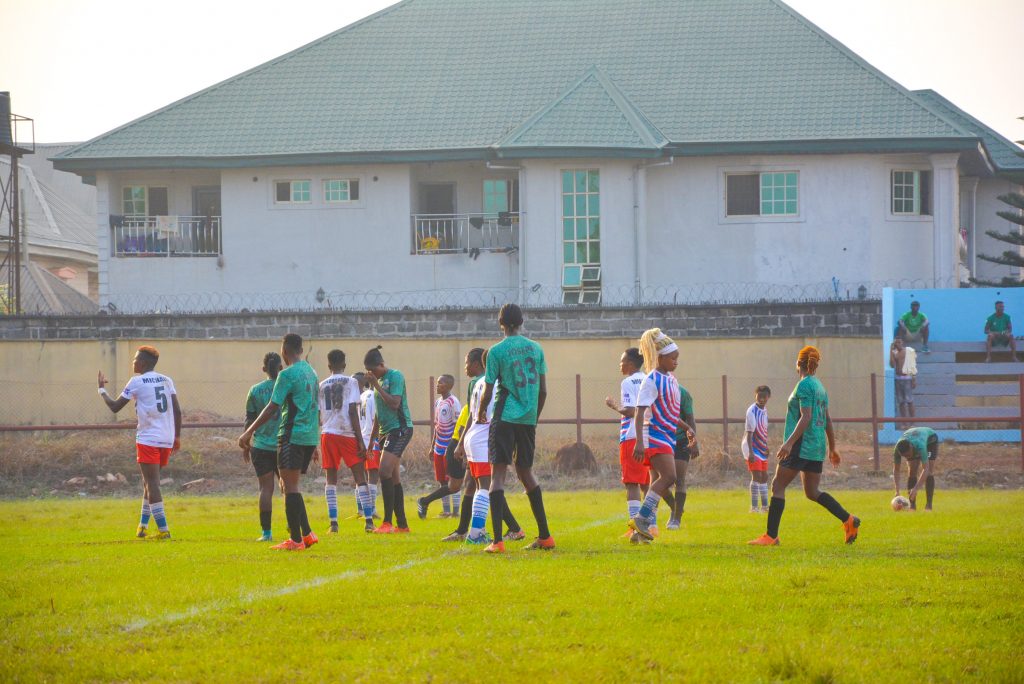 Delta Queens put an end to Bayelsa Queens unbeaten run following a 1-0 at the Agbor Township Stadium on Wednesday.

The Pearls hosted a high flying Bayelsa Queens on Matchday 5 of the Nigeria Women Football League(NWFL) Premiership in a South-South derby.

Bayelsa Queens took the battle to the host with the hope of getting an early goal with Anjo Mary posing a threat to Delta Queens in the opening minutes.

Read Also: Nwfl:Battle for the title resumes after league suspension

Delta Queens later came to the party with duo of Peace Abbey and Odubanjo Dominance causing trouble for the visitors defenders.

Both side failed to produce a clear cut chance throughout the first half with both teams goalkeeper called to action on few occasions.

Defender, Mamuzo Edafe freekick seems to be heading for a goal kick, but Peace skillfully stopped it from entering with a back heel kick.

Both team players battled for the ball in a goal mouth scramble as Bayelsa Queens before Okotete finally guided the ball inside.

Delta Queens goalkeeper Ihuoma almost gifted the visitors an equalizer after she rushed out to save a lobbed ball.

But she quickly recovered and stopped Mary from putting the ball inside the net.

The victory now saw Delta Queens extend their home win to three and now have nine points from five games.