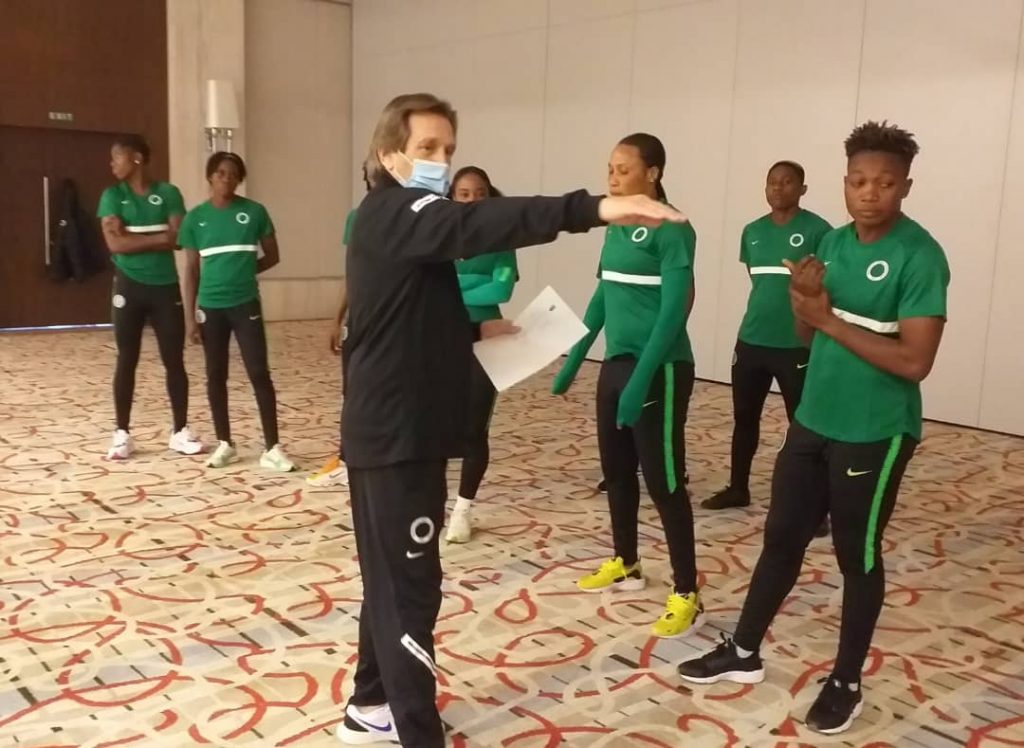 Super Falcons head coach Randy Waldrum took charge of his first training session with the team ahead of the Turkish Cup competition.
Waldrum arrived Turkey from his United States base on Monday and familiarized  with the players before he began his first training session in Antalya.
This will be his first official duty since he was announced as the Nigerian senior  female national team head coach last year.
The Reigning African champions Nigeria landed in Antalya on Monday to participate in the fifth edition of the Turkish Women’s Cup taking place 15th – 24th February. 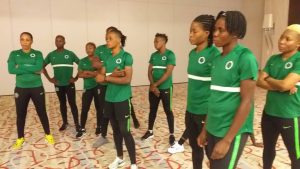 It is the first run-out for the Super Falcons, who reached the Round of 16 at the 8th FIFA Women’s World Cup finals in France in the summer of 2019, since being shockingly edged out of the race for the Tokyo Olympics by Cote d’Ivoire penultimate autumn.

It is also the first call of new Head Coach, American Randy Waldrum, with the squad he is expected to mould into credible competitors for honours at global level.

Ukraine, Serbia, India, Bulgaria, Uzbekistan and Equatorial Guinea are among teams confirmed so far for the 10-day tourney, though Tokyo Olympics-bound Zambia have pulled out for undisclosed reasons.

Nine-time African champions Nigeria and Equatorial Guinea’s Nzalang Nacional have been lumped into the same pool alongside Uzbekistan, with the Guineans handed an opportunity to address a 6-0 spanking by the Nigerians in the group phase of the 2018 Women Africa Cup of Nations finals in Ghana.

Also known as the Alanya Gold City Cup, the tournament ranks as one of the more notable events on the women’s football calendar worldwide.

The Falcons will aim to become the first African side to triumph at the tournament, following the third place finish by Ghana’s Black Queens last year. Chile won the trophy with Hungary as runner-up.

Here is the Super Falcons fixtures.