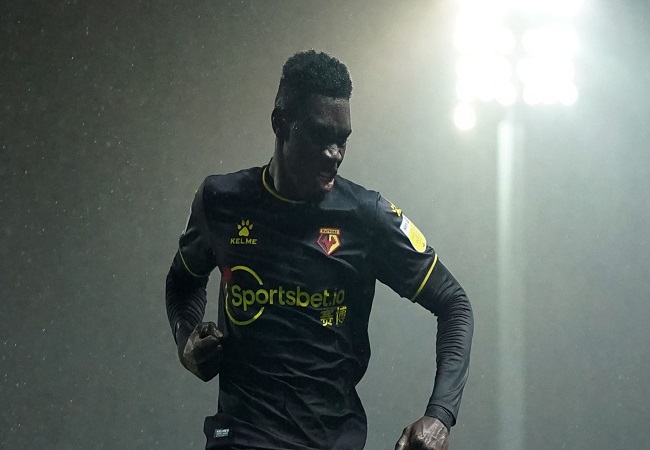 Senegal’s Ismaila Sarr has equalled his best goalscoring tally in a league season. As he scored his eighth Championship goal in Watford’s 3-2 victory over Blackburn Rovers on Wednesday night. The Senegal international helped the Hornets continue their push for Premier League promotion with a crucial away win in Blackburn.

Sarr doubled the visitors’ lead in the 38th minute, 13 minutes after Joao Pedro opened the scoring at Ewood Park.

The strike made the Senegalese forward Watford’s second highest goalscorer this season. As Joao Pedro has notched nine goals this campaign.

The last time Sarr scored eight goals in a league season was during the 2018-19 at Rennes. It was his last season in the Ligue 1 before he moved to Vicarage Road for a club-record fee in August 2019.

Towards the end of the first-half, Harvey Elliot pulled a goal back for Blackburn Rovers. But Ken Sema restored the Hornets’ two-goal lead with the match-winning goal in the 61st minute.

Ben Brereton reduced the deficit for Rovers eight minutes from time. But it was not enough to inspire a comeback as they lost their fifth league match in a row.

Watford, however, boosted their promotion push with the victory as they remain unbeaten in their last five matches.

They climbed to third in the Championship table, level on 60 points with second-placed Brentford after 32 games while they trail leaders Norwich City by seven points.

Sarr and Troost-Ekong will turn their attention to Saturday’s trip to AFC Bournemouth. And they will aim to help Xisco Munoz’s side continue their fine form in the Championship.