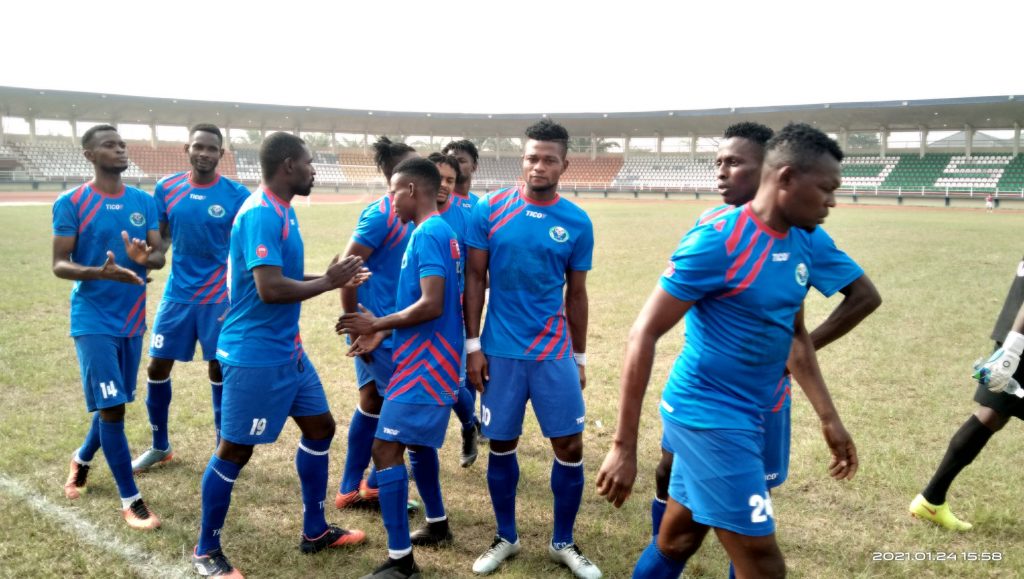 …As Team Get All Outstanding Match Bonuses

Warri Wolves, have dedicated their hard-fought 1 – 0 win over Rivers United to the Delta State Governor, Dr Ifeanyi Okowa, for his continuous support of the team through thin and thick.

Still basking in the euphoria of their triumph over the Pride of Rivers in the  Nigeria Professional Football Federation, NPFL, the club in a statement signed by the club’s Chief Executive Officer, Etu Moses commended Governor Okowa for putting smile on the team players and officials face.

The statement notes that the Seasiders have been impacted greatly by Governor Okowa’s love for sports, commending him for ensuring that the team get its 2021 budgetary allocation promptly to enable the team prosecute the current domestic football campaign smoothly.

It assures the sports loving governor that the club will not let him and the good people of Delta State down in the current domestic season.

The Oil City club also thank the chairman of the Delta State Sports Commission, DSSC, Tonobok Okowa, for working around the clock to ensure that the side get her entitlements when due.

Meanwhile, players of Warri Wolves have been paid all their outstanding match bonuses after they beat Rivers United by a lone goal at the Delta State Polytechnic Stadium in Ozoro on Matchday 12 of the NPFL campaign on Wednesday, February 24, 2021.

The victory is Warri Wolves’ fourth win of the season and it was the first time the Seasiders were defeating and scoring against the Garden City giants, following their return to the top flight in the 2019/2020 season.

Warri Wolves will be in action on Matchday 13 against Kwara United at the Kwara Sports Complex in Ilorin on Sunday, February 28, 2021.