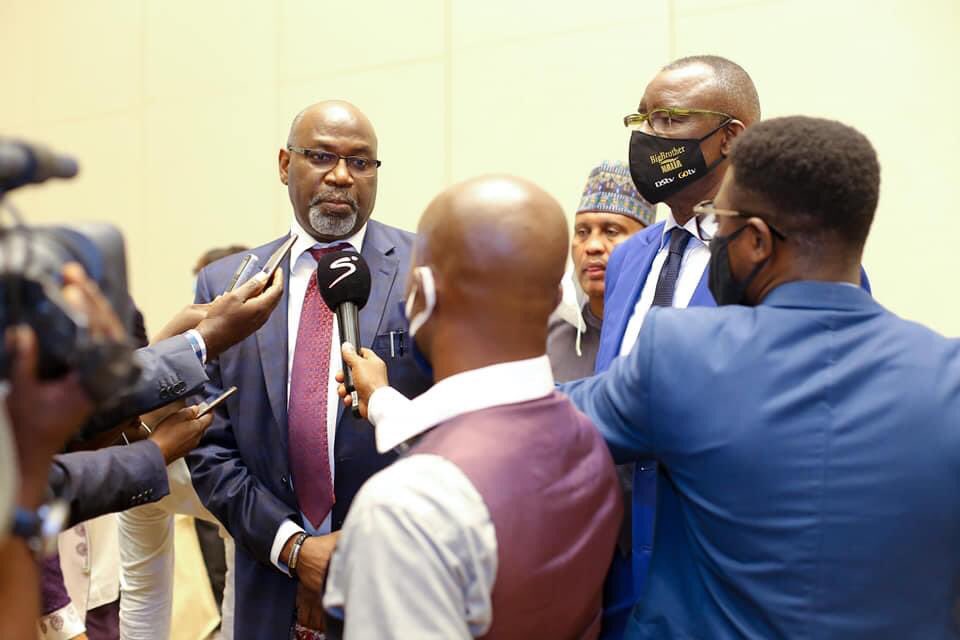 Nigeria Basketball Federation (NBBF) has debunked media speculations that it has indicated interest to host the 2021 edition of the FIBA Afrobasket competition.
In a reaction to some media speculations that Nigeria was in the race to host the biggest competition on the continent, the board said it was just a figment of some people’s imagination.
Speaking in Lagos, the board through its President, Engr Musa Kida explained that at no time did the NBBF submit any bid to host the 2021 FIBA Afrobasket championship either for men or women.

He said, “prevalent circumstances about the Covid-19 pandemic, the federation could not conclude with the Federal Government which put paid to such an idea.
“We did not conclude on that because it was the end of the year and nobody was available for such discussion.”
He said he was shocked to hear the rumour that Nigeria will be hosting either of the championships.
The Federation’s focus had since shifted to FIBA Afrobasket qualification for men (already achieved) as well as adequately preparing the D’Tigers and D’Tigress for the 2020 Olympics in Tokyo.
“We were being considered to host but right now, the door is closed and FIBA Africa has already decided that Men’s competition will be in Rwanda and for the women, Nigeria is not in the race anymore.”
It would be recalled that NBBF hosted some countries across Africa in 2018 when it put up a colorful display during the second and fourth window of the World Cup qualifiers at the National Stadium, Surulere, Lagos.
Before then, Nigeria hosted the 2005 FIBA Women Championship in Abuja to clinch its second Afrobasket title.