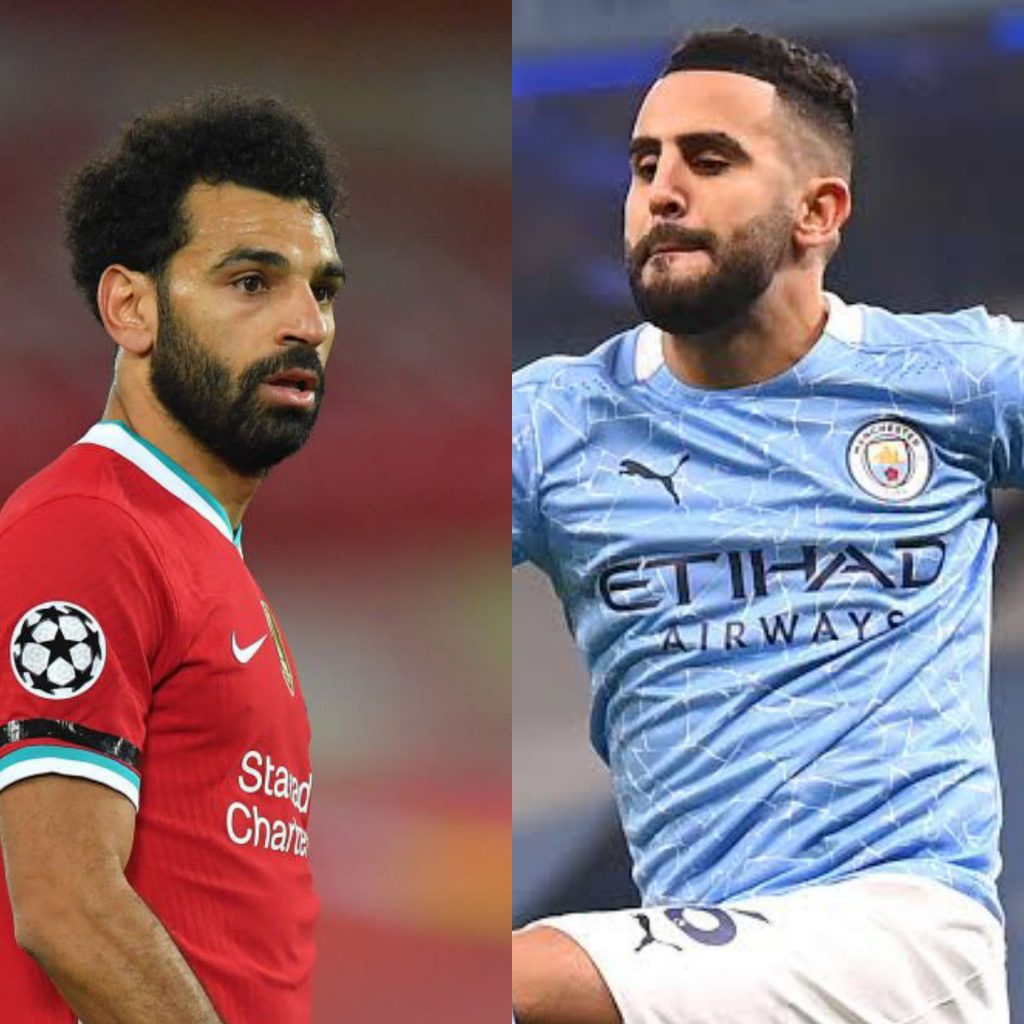 Mohamed Salah and Riyad Mahrez has been nominated for the Budweiser goal of the Month for February alongside six other players.

Salah’s goal against Leicester City in Liverpool’s 3-1 loss to the Foxes at the King Power Stadium was one of the goal nominated.

Mahrez screamer against Everton at the Goodison Park also made the list after the Algerian missed put as player of the month of February in Manchester City.

Accepting to a statement by the Premier League eight sensational efforts in February 2021 were shortlisted for the Budweiser Goal of the Month award.

Fans are expected to vote for their best goal of the month with voting expected to end before Monday 8 March.

The winner will be chosen by the supporters’ vote combined with the choices from a panel of experts and will be announced next week.