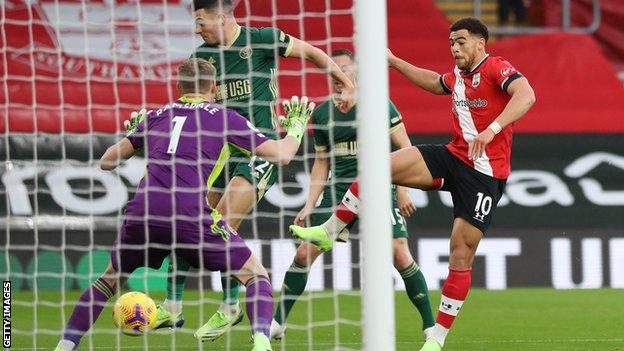 Sheffield United host Southampton on matchday 27 of the Premier League this Saturday, March 6.

Southampton continues to fall. The Saints have lost all eight if their last nine League games. They are down to fourteenth place in the standings. Southampton are only 7 points ahead of the relegation zone. Despite their good start in the first part of the championship, the Saints seriously marked time afterwards and are dangerously close to the relegation.

On the other hands, Sheffield United are in great difficulty this season, the Blades sit bottom of the Premier League. The deal promises to be almost impossible to save at the end of the season. Sheffield United, however, want to play it hard, as long as possible. Chris Wilder’s team rightly beat Aston Villa (1-0) on Wednesday, although they only owned the ball 28 percent of the time and only occasionally made it to the other side of the ground.
The hosts will surely play much the same way against Southampton. It will be difficult for the Saints, who have not scored for three days, to compete against a tough opponent, and the main thing will be not to miss the counterattacks. So the game, apparently, will not be the most spectacular – I bet on a total of less than 2.5 goals for 1.70 in 1xBet.