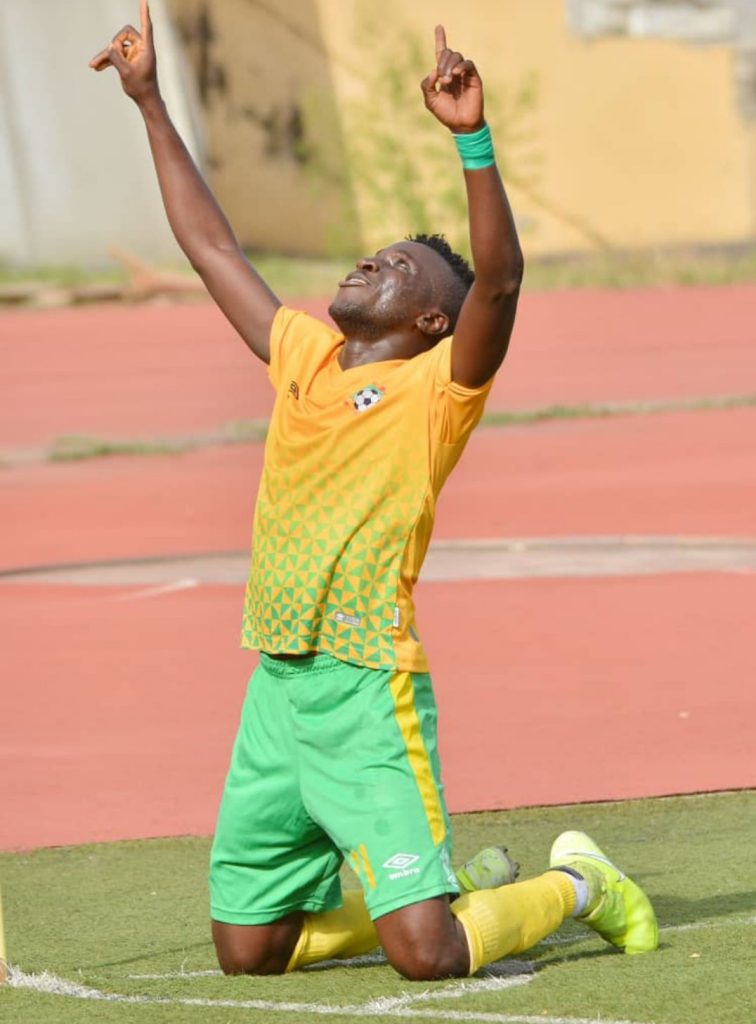 Kwara United forward Stephen Jude is delighted to have scored his first professional career hat trick following the 5-0 trouncing of Adamawa United at the Kwara Stadium.
The Afonja Warrior hosted Adamawa United in Matchday 17 of the Nigeria Professional Football League(NPFL) and it was Jude who went home with the match ball following his hat trick.
Speaking after the game, the forward said he was delighted to help his team back to top of the table.
He also happy to become the first player to score a hat trick his club this season.
Michael Ohanu put the host in front just six minutes of play before Stephen doubled the lead in the 34th minute.
He scored his second, and the club’s third in the 60th  while his wonderful tap-in assist opened way for Ohanu to score his second in the 71st minute.
Stephen made it three for himself and fifth for the club added time to compete the rout.
The victory now see Kwara United return to top of the NPFL table with 30 points after 17 games .