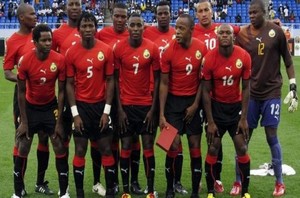 All Mozambique’s Mambas players have reportedly tested negative for Covid-19 ahead of Wednesday’s Africa Cup of Nations (AFCON) qualifying match in Rwanda.

LanceMZ online publication of Mozambique has confirmed the successful test of the 30 players the Mambas coach Luís Gonçalves travelled with to Kigali.

Some 21 players flew from Maputo whereas nine joined the team directly in Rwanda.

Mozambique will miss the services of Mexer (Bordeaux) and Reinildo (Lille) due to previous travel restrictions at their base in France.

The restrictions have since been relaxed and the duo might join the rest of the group in Maputo for the game against Cape Verde.