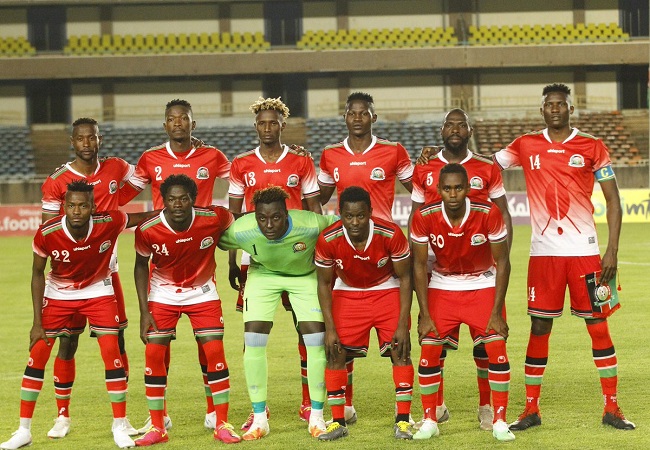 The Football Kenya Federation (FKF) has called for the return of top-flight domestic football to aid the preparation of the national team for the start of 2022 World Cup qualifiers later this year.

This represents a major threat to the Harambee Stars’ hopes of continuing the momentum they built in the conclusion of the recent Africa Cup of Nations qualifiers.

Coach Jacob Mulee’s side may have failed to claim a berth at the AFCON finals. But a new philosophy of trusting locally-based players brought an impressive 2-1 away win over Togo on Monday and renewed optimism.

The Harambee Stars’ next task is to try and qualify for the 2022 World Cup, with their campaign set to begin in June when they set off in a group which also includes Uganda, Rwanda and Mali.

FKF president Nick Mwendwa has promised that the Kenyan Premier League will soon be back in action.

“I have talked to Sports CS (Amina Mohammed). And she has told us to write to her so that the issue can be acted upon. Our league was going on well without fans. And we are ready to continue observing coronavirus protocols. The league will return soon.” As Nation can quote Mwendwa.

‘Ghost’ Mulee agrees that the domestic top-flight must resume as soon as possible.

“I have hopes that the league will return in the near future. To give us a chance of gauging players to call to the national team. The federation president has informed me that they have talked with the Sports CS and the issue is being discussed.” Said the national team coach.

“My biggest desire is to be in the World Cup. And it is possible. With adequate preparations, I’m optimistic we shall pull through and make history by going to Qatar.”