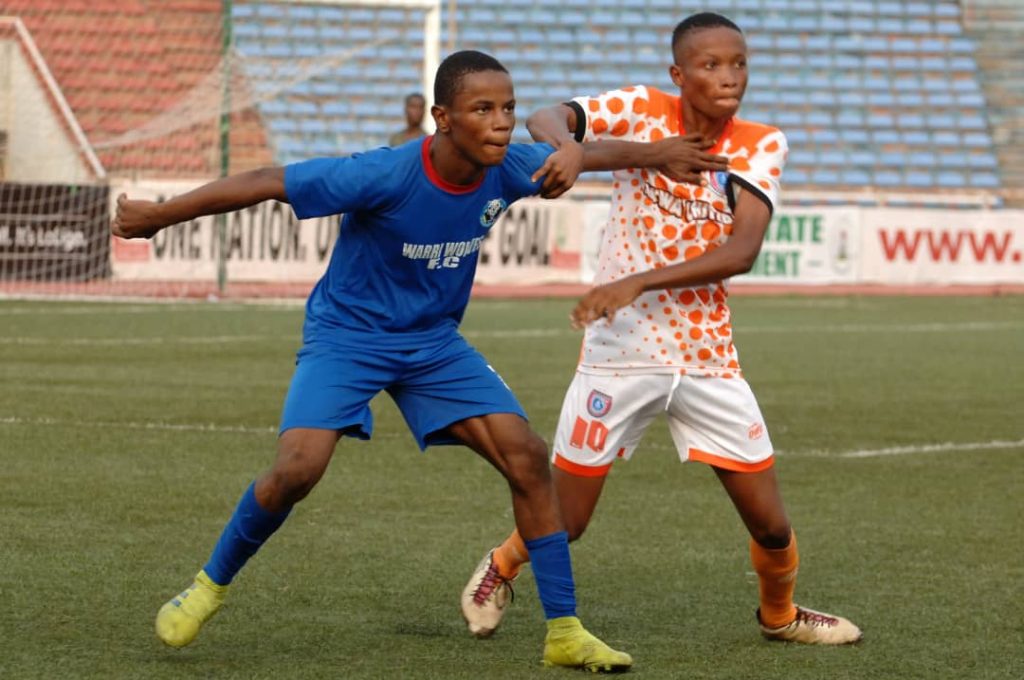 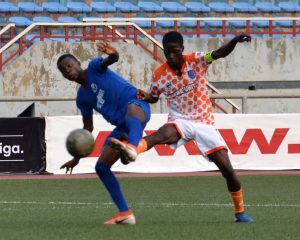 The chief executive officer of Warri Wolves, Etu Moses, has charged the club’s U-15 side, the Junior Wolves, to go for the 2021 Nigeria Professional Football League, NPFL/La-Liga U-15 Promises Youth League Crown on Sunday, when they will lock horns with Katsina United.

This is contained in a congratulory message sent to the young Seasiders after they beat Akwa United by a lone goal in the semi-finals on Friday at the Nnamdi Azikiwe Stadium in Enugu.

Etu said the Warri Wolves U-15 team came into the tournament as unsung heroes, thanking the Delta State Government through the Delta State Sports Commission, DSSC, led by Tonobok Okowa for supporting the team morally, financially, and otherwise.

He stated emphatically that the allowances and bonuses of the Junior Wolves have taken care of accordingly.

“They should go for the trophy on Sunday against Katsina United,” Etu said in the club congratulory statement issued by him on behalf of the Seasiders.

“Nothing short of the cup. We should go out for the cup now.”

“They came to the tournament as unsung heroes.

“But with the support of the executive chairman of the Delta State Sports Commission, Tonobok Okowa, who approved their budget, their allowances and bonuses have been regularly paid.”

“When I say regularly, I mean regularly. They’ve justify the confidence and investment in them.”

“They should not allowed anything distract them now. They should be at their best again against Katsina United and bring back the trophy.”

“The executive chairman of the state sports commission will lead the state delegation to Enugu on Sunday.”

In their first Pool B game of the league, the Junior Wolves had beaten Katsina United 4 – 1.

On Sunday, the young Seasiders will rekindle their rivalry with the young Changi Boys from Katsina in the final game.