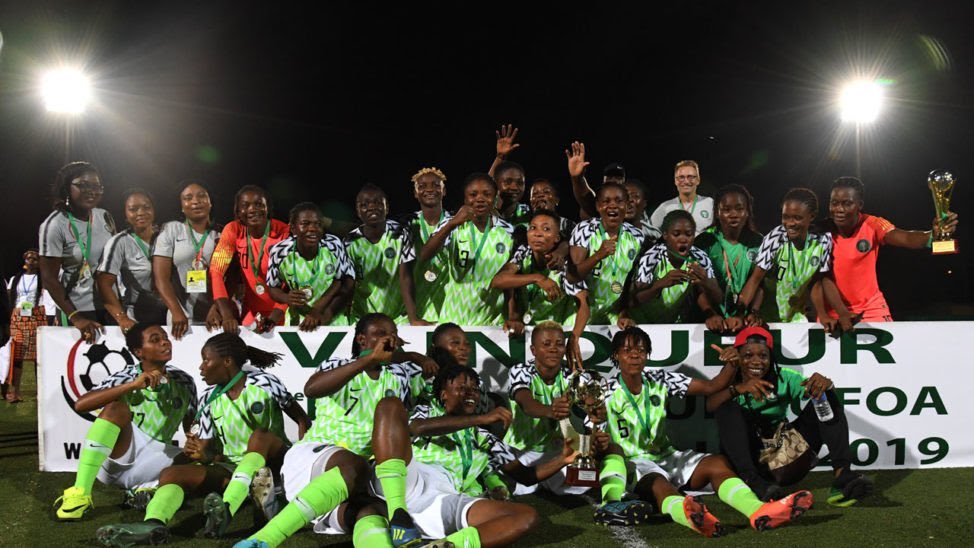 Super Falcons has been  handed tough draw as they face rival Black Queens of Ghana in the first round of the 2022 Total Women’s Africa Cup of Nations qualifiers.

The qualifier draws which was held today at CAF Headquarters in Cairo, Egypt was conducted by CAF Senior Manager of Women Football and Futsal Heba Sarwat and was assisted  by Egyptian footballer Nadine Ghazy.

Morocco, the host country of the final tournament automatically qualified as hosts. while the remaining 44 teams will take part in the qualifiers.

Nigeria will host the first leg of the match with second slated for Ghana.

Should the Super Falcons defeat the Black Queens in the first qualifier, they will face the winner between Niger and Cote d’Ivoire in the second round.

Loser in the qualifier will miss out of the 2023 FIFA Women World slated for Australia and New Zealand as semi finalists of the AWCON will represent Africa in the World Cup.

The 2022 AWCON will be the first edition organized under the format of 12 teams.

Super Falcons have won the Total African Women’s Cup of Nations for a record none times.

Also, in the draw for the women U20, Nigeria’s Falconets were drawn to face the winners between Egypt and Congo in the 3rd round.

The draw for the U17 which was first conducted saw Nigeria U17 team, the Flamingoes handed a widecard in the first and second round due to their exploits in the past editions of the competition.

But in the 3rd round, the Flamigoes will face the winners between Egypt and Guinea Bissau after both countries might have played themselves in the 2nd round, the match is fixed for mid June 2022.

The 2020 edition of both competitions was cancelled due to the Corona virus outbreak.