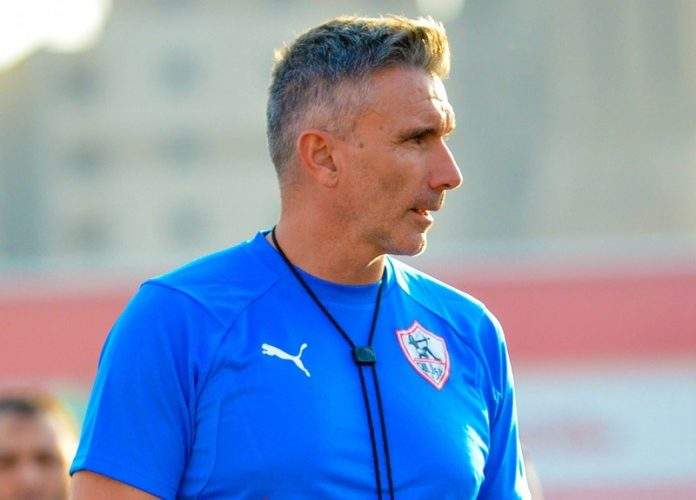 Zamalek head coach Patrice Carteron expressed his delight as his side managed to draw with Al Ahly in the second leg of the Cairo derby on Monday night.

The challenge has been tough for both sides but the Red Devils were the first to score as Salah Mohsen gave the lead to Pitso Mosimane‘s men at the 73rd minute.

And for Carteron whos side is still on top of Egyptian Premier League table, this is a good result and Al Ahly should not complain over the refereeing.

“We played a good game and deserved the draw. All Zamalek players looked good and we improved all the negatives of the first round match,” Carteron said in post match press conference as per KingFut.

“The difference between today’s game and the first round’s game is that there were no gaps between the players. We didn’t take advantage of our crosses but we highly threatened Al Ahly’s goal.”

“Al Ahly have no right to complain on officiating. Bencharki was subject to a strong challenge from Benoun and deserved a penalty. There isn’t a clear replay that shows legitimacy of Al Ahly’s goal either.”

“The league competition is hard and it needs a strong mental withstand just like we did against Al Ahly and came back in result.”