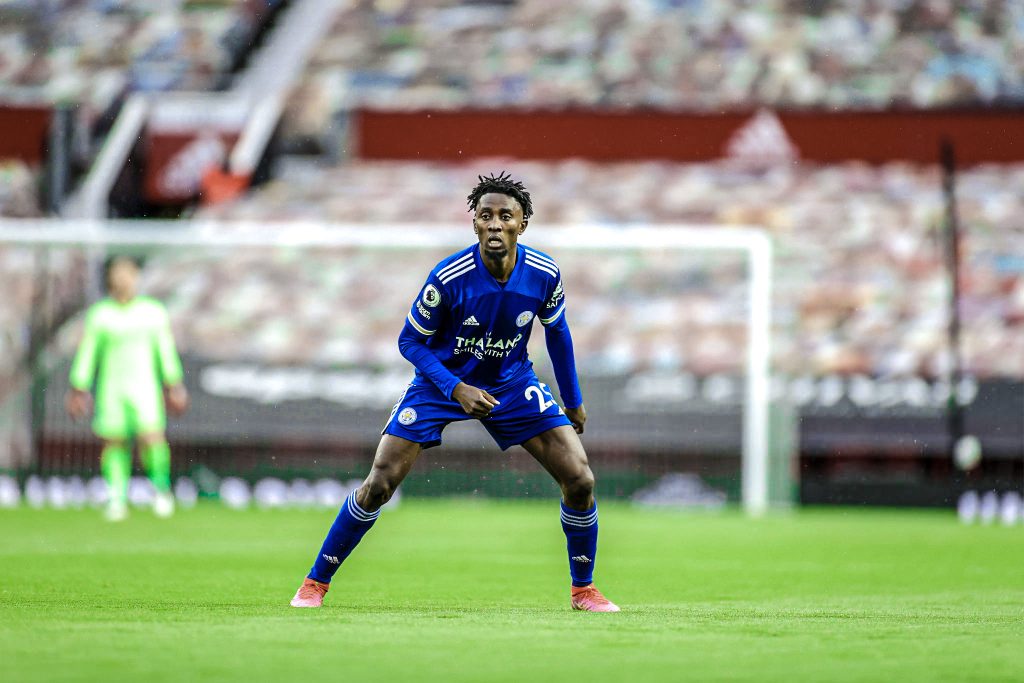 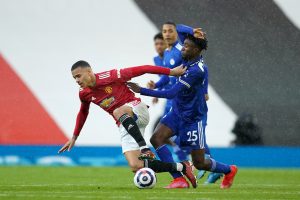 Ndidi in action against Manchester United in Leicester City 2-1 win at Old Trafford.

Leicester City midfielder Wilfred Ndidi said the team will keep believing as they push for a Champions League spot next season.
Ndidi impressed in midfield as the Foxes defeated Manchester United 2-1 t Old Trafford to keep their European top elite club ticket race in view.
The victory was Leicester’s first win at Old Trafford in 23 years.
Ndidi and his compatriot Kelechi Iheanacho were in action for full time as Foxes bounced back to winning way after losing 4-2 at home last week to Newcastle United.
The midfielder took to his Twitter account to celebrate the well deserved victory.

He wrote: “Great mentality
We keep believing.”
https://twitter.com/Ndidi25/status/1392194777718923265?s=19
Leicester City teenager, Luke Thomas gave the visitors the lead just 10 minutes of play.
His goal against the Red Devils made him the youngest player to score a first  Premier League goal against Manchester United at 19 years and 335 days at Old Trafford.
Manchester United equalized five minutes later through Mason Greenwood.
Cagliari Soyuncu’s 66th minute header turned out to be the match winner for Leicester.
With Manchester losing at home, the league title have been awarded to Manchester City.
It will be the sixth time the Premier League has now been decided at Old Trafford.
Three of which have awarded a side other than Manchester United the trophy (Arsenal in 2001-02 and Manchester City in 2017-18 & 2020-21) according to Opta.