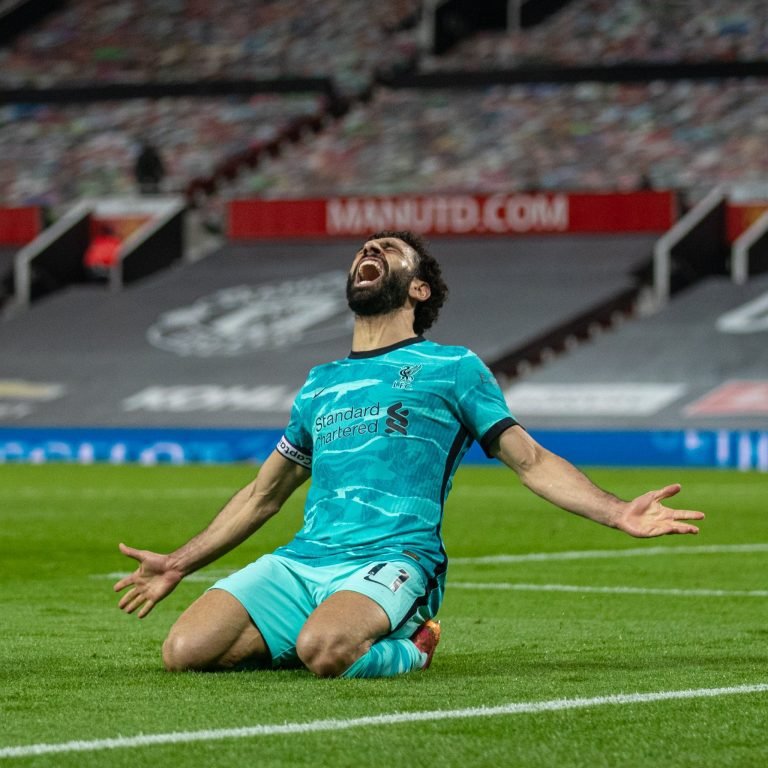 Egyptian captain Mohamed Salah made history on Thursday evening when he scored in Liverpool’s 4-2 win over Manchester United at Old Trafford.

Salah moved to third place on the all-time Premier League’s leading African scorers with 96 goals behind Emmanuel Adebayor’s 97 and 104 for Didier Drogba.

Salah took his overall tally in the Premier League to 96 goals thereby displacing Nigerian Yakubu Ayegbeni from the third place of the all-time list.

The Egyptian is only is one goal shy away from Togo’s Adebayor who played for Arsenal, Manchester City and Tottenham Hotspurs.

This season, it was Salah’s  21st goal of the Premier League campaign to go level with Tottenham Hotspurs skipper Harry Kane.

The win not only boosted Liverpool’s top-four hopes but also saw Salah take his overall tally of the year to 30 goals.

Kane has 21 goals from 32 games whereas Salah has played 33 games.

“All football games are obviously different. First and foremost, if the defensive line makes a mistake it’s probably most of the time forced by the opponent. I thought we had a good game; we were better tonight, so we won the game. We caused them more problems, that’s why we won the game. But first and foremost, I have to say the start in the game tonight was better because we had to adapt to a few things,” Klopp told Liverpool website.