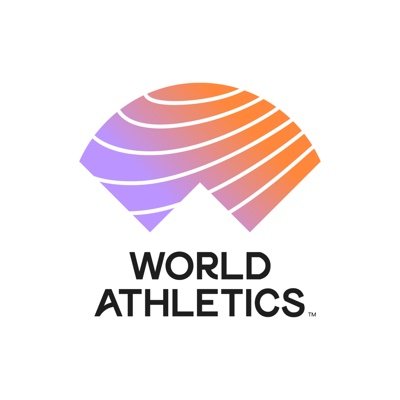 World Athletics has rejected the affirmation of the 2019 constitution by a purported virtual congress of the Athletics Federation of Nigeria (AFN) held on Wednesday May 12, 12021.
The World Athletics re-affirmed that the 2017 constitution adopted at the AFN Congress of November 16, 2017 remains the working document for the federation and will be used to conduct elections into the executive board of the AFN on or before June 14, 2021.
In a letter signed by Carolyn Launios, the Executive Assistant to Mr John Ridgeon, the Chief Executive Officer of World Athletics and addressed to Mr Shehu Ibrahim Gusau, the world governing body for the sport affirmed it has never recognised the 2019 constitution purportedly adopted at a disputed congress in Awka in December 2019 and warned of dire consequences if its instructions are not followed.

”We understand that President Gusau has issued an invitation virtual -extra-ordinary congress on Wednesday 12 May and there is an item to adopt the AFN constitution for the elections on that invitation.
”To confirm, World Athletics’ position is that the 2017 AFN Constitution applies, to be clear World Athletics has never recognised and does not recognise the claimed 2019 Constitution and so any election must be held in accordance with the 2017 Constitution.
“We trust this makes World Athletics’ position clear. Under the World Athletics Constitution, World Athletics reserves its rights in full,” warned the global governing body.
Mr Gusau had rejected the affirmation of the 2017 constitution at the reconciliatory meeting and made good his rejection at the virtual congress which many of the states listed as attendees have denied attending.
Majority of the members of the executive board of the AFN had petitioned World Athletics and the Confederation of African Athletics when Mr Gusau violated articles 6.1.4 and 6.3.8 of the 2017 constitution when he instructed one SY Pepple who claimed to be the Director General of the AFN to transmit the letter convening the congress to state athletics associations instead of Prince Adisa Beyioku, the Secretary General of the federation appointed in accordance with article 8.7.2 of the affirmed 2017 constitution.
‘After the recent reconciliation meeting held on 19 – 20 April 2021 with the delegation from the Confederation of African Athletics (‘CAA’), Senior-Vice President Jackson Tuwei and Secretary General Lamine Faty, we have received multiple correspondence which we have read and note.
The aim of the CAA delegation and meeting was to agree an AFN Board resolution setting out a clear roadmap to holding an election held under the 2017 AFN Constitution on or before 14 June 2021,’ World Athletics said.
The position of a Director General is unknown to the AFN constitution but Mr Gusau who is still answering to criminal diversion of AFN PUMA money into the account of the company owned by a member of the executive board of the federation instituted by the Inspector General of Police at the Magistrate Court in Abuja insisted on having his way