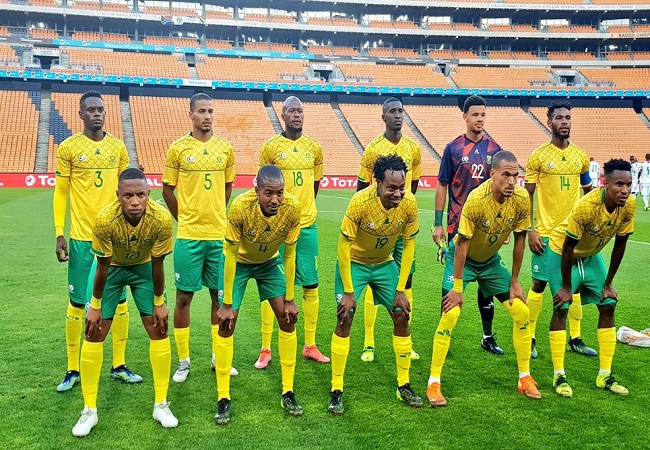 Bafana Bafana were set to begin their 2022 Fifa World Cup qualifiers in early June. However, CAF postponed the first round of matches to later in the year due to a number of venues not being up to standard.

That postponement suited SAFA perfectly as not only has the organisation only just confirmed the appointment of its new national coach (Hugo Broos). But Broos won’t be in the country during that time!

As reported by The South African website, no sooner had Broos touched down in South Africa than he was preparing to leave again!

In his absence, Broos’ assistants will handle affairs in two friendlies that will be arranged to keep Bafana Bafana active.

Broos’ first assistant – little-known Čedomir Janevski – was confirmed last week while we are still waiting on the identity of his South African assistant(s) to be revealed.

SAFA are reportedly in discussions with both the Ugandan Football Federation and Botswana Football Association to arrange friendly matches against Bafana Bafana.

Bafana Bafana are currently ranked 75th in the latest FIFA rankings while Uganda find themselves in 84th place. Botswana are a lowly 150th.