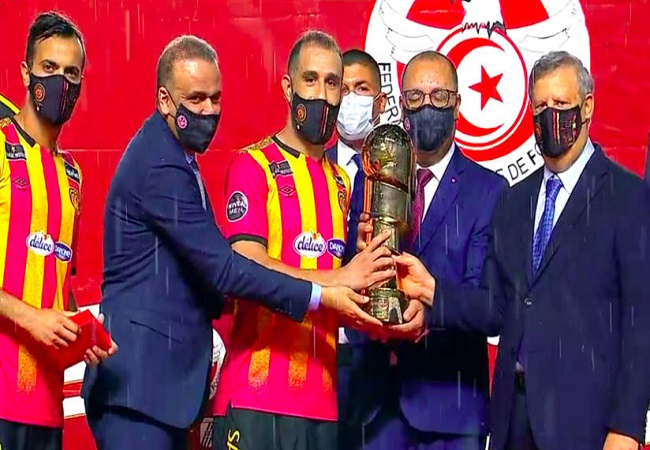 The 2020-21 Tunisian League season reached its apotheosis on Wednesday, 19 May 2021. Esperance de Tunis has emerged as Champions for the 31st time in their history and the 5th in a row. They have dominated the football scene in Tunisia.

Despite their 2-1 loss against ES Metlaoui, Esperance had already guaranteed their title, finishing the competition on 60 points, 10 more than closest rivals Etoile du Sahel.

Aymen Sfaxi scored twice from the spot, earning himself the “Top Scorer” badge with 9 goals scored this season.

The Matchday 26 of the Tunisian league season was thrill-packed, as five teams battled to avoid relegation to the 2nd division.

Giants Club Africain managed to survive the scare, when Bilel Ifa scored the game’s lone goal against Stade Tunisien in the first half. His penalty goal proved to be the one that sent Stade Tunisien to the 2nd division.

CA Bizertin also escaped the relegation battle with an early goal against US Ben Guerdane at the 17th minute.

Rock bottom JS Kairouan suffered their 23rd defeat of the season against US Tataouine, wrapping things up with just 3 points from 3 draws and winless.

The Tunisian football season will now shift focus to the Tunisian Cup competition, which is scheduled to kick-off next Sunday.