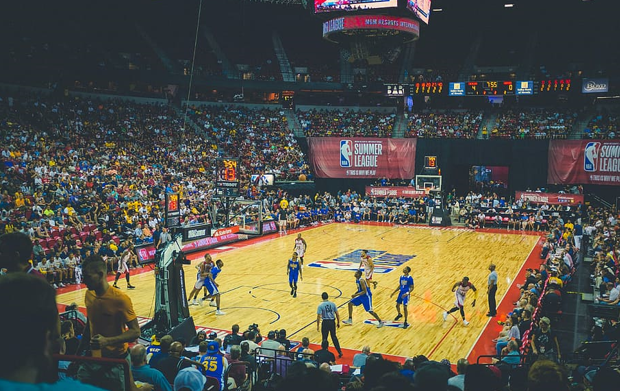 The NBA Playoffs postseason series is underway in the US. Each year, the top teams from the Eastern Conference and the Western Conference face off in a best-of-seven elimination tournament. Eight teams from each conference will battle their way to the Finals in hopes of becoming the league champions.

The Playoff’s format makes for interesting games, as only the final contender from each conference will advance to the Finals. For years, the Western Conference has been the battleground for some of the league’s most competitive teams, including the Utah Jazz, LA Lakers, and LA Clippers.

However, the Eastern Conference is drawing plenty of attention this year. The Brooklyn Nets have commanded attention, along with the Philadelphia 76ers and the Milwaukee Bucks. It’s the Bucks in particular that have fans and pundits seating on the edge of their seat, and that’s due to one player: Giannis Antetokounmpo.

The Bucks will have to battle against last year’s runners-up in the Finals, the Miami Heat. At the moment, while most sportsbooks providing NBA betting odds favor the Bucks to take the Heat, it’s expected to be a battle. The Heat have a killer offense, while the Bucks have a history of losing their focus in post-season play.

However, the Bucks do have the Greek Freak in Antetokounmpo, who’s still polishing his MVP of the Year and NBA Defensive Player of the Year awards from 2020, and may be able to push the Bucks through the first round.

Whether his performance will be enough to carry the team after remains to be seen.

Other Hopefuls Jockeying for Position

Every great sports league capitalizes on incoming generations of star players. Those who perform well in minor leagues and collegiate circuits can’t always handle the big leagues. Meanwhile, scrappy and determined guards and centers may rise in the ranks quicker given a more disciplined attitude.

In other words, Antetokounmpo isn’t alone in being a young star capable of turning games around. There’s Joel Embiid of the 76ers, who’s eager for his first Finals run (and also has his origins in Africa via Cameroon). On the same team is fellow rookie Ben Simmons, determined to make his name on a strong post-season run.

Antetokounmpo will have to batter through Embiid and Simmons—and at the same time—if he plans on pushing the Bucks through to the Eastern Conference finals. But there are other rivals of similar age and talent throughout the league.

There’s Blake Griffin, looking for his second push into the limelight with the Brooklyn Nets. There’s Bradley Beal, who needs to impress the Washington Wizards with a post-season run before he leaves his prime playing years.

Like Griffin and Beal, Antetokounmpo will be leading his team through the grueling seven-game elimination series as the NBA Playoffs continue into July.

A Question of Franchises

Working in the Greek Freak’s favor is his long reel of accolades. Back in 2017, he finished his season becoming the first NBA player to finish in the top 20 of total points, rebounds, assists, steals, and blocks. He’s been selected as an All-Star five times and, as mentioned above, is one of only three players to earn two MVPs before turning 26.

Even so, Antetokounmpo can’t win an NBA Finals alone. The Bucks have brought on talents like Khris Middleton and Jrue Holiday to help steer the team. However, other franchises have deeper rosters and more than three players capable of winning games.

The Nets and the 76ers are the most troublesome opponents standing in the Bucks’ way. The 76ers have transformed their franchise in recent years, with budding stars like Embiid and Simmons in the lead.

But the Nets, favorite to win the NBA Finals by many pundits, have the clear edge. Not only do they have the deadly trifecta of league superstars in James Harden, Kevin Durant, and Kyrie Irving, but they also have a strong supporting cast in Blake Griffin and Joe Harris.