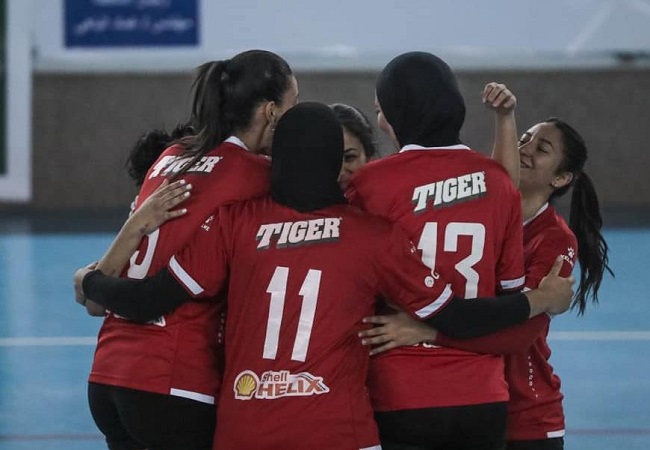 Egypt giants Al Ahly overcame their rivals Shooting Club to secure the women’s Egypt Cup in volleyball on Monday. This victory comes as the second success for Al Ahly’s volleyball teams after the men’s team won the league title for a fourth consecutive time earlier this month after beating arch rivals Zamalek 3-0.

Al Ahly managed to secure the first and second sets in their favour with 25-22 and 25-18 respectively before Shooting Club made an impressive return in result by winning the following two sets 25-20 and 25-23.

However, the Red Devils managed to avoid conceding a sensational defeat after going two sets up. And they managed to prevail in the deciding fifth set with 19-17 score line to achieve the Egypt Cup title.

This result means that Al Ahly women have succeeded in achieving the domestic double in volleyball after winning the league title in May after defeating Shooting Club as well.

Al Ahly collected 66 points after winning all their matches in the Egyptian league.

Al Ahly commenced their route in the competition against Aviation Club in round of 16 to reach the semifinal immediately after their potential opponents withdraw from the game. While in semifinal Al Ahly beat Al Shams Club 3-0.