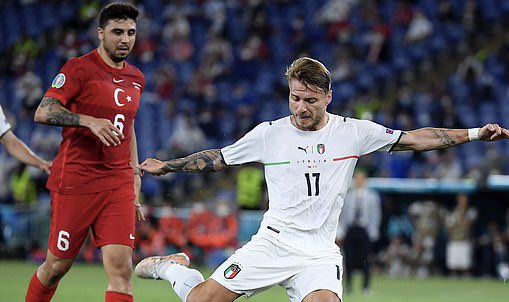 The European Championship (Euro2020) is underway in Rome with Turkey hosting Italy in a Group A clash at Stadio Olimpico.

First-half has ended goalless with Turkey so pragmatic in their play they have opted to sit deep and soak up the pressure.

Italy have been the busiest, probing the Turkish defence but so far the underdogs have remained compact defending in numbers.

Insigne tried some speculative long range attempts on target but the red army of Turkey defence closed down all the spaces in the 35th minute.

However, Turkey goalkeeper Çakir kept his composure and gather the shot with frustrating ease for the opponents.

A drone controlled Iveco-brand toy car brought the match ball onto the pitch to add to the glitz and glamour of the opening ceremony.

Italy, under the mentorship of Roberto Mancini, are among the tournament’s favourites.