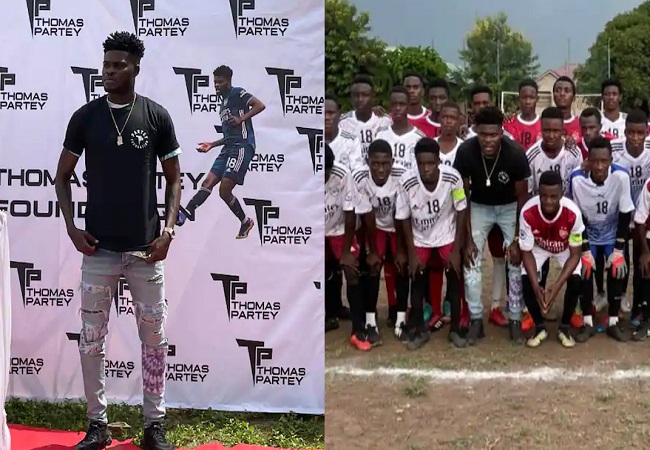 After unveiling Thomas Partey Foundation on Monday, June 12, 2021, Arsenal and Black Stars midfielder, Thomas Partey, has disclosed the reason behind the project.

The midfielder whose journey started from Odumase Krobo, his hometown, to the playing fields of Madrid and now to the biggest league in the world, the English Premier League, did not attain these feet easily. And he wants to help the less privileged realize their dreams of becoming footballers.

Partey unveiled his foundation after the midfielder featured for the Black Stars in the friendly against Ivory Coast on Sunday.

“Well, I think everyone will understand why this foundation is made or unveiled today. Because knowing where you come from, how hard it is to get to where I am without help is very difficult.” He told Accra-based radio station Joy FM.