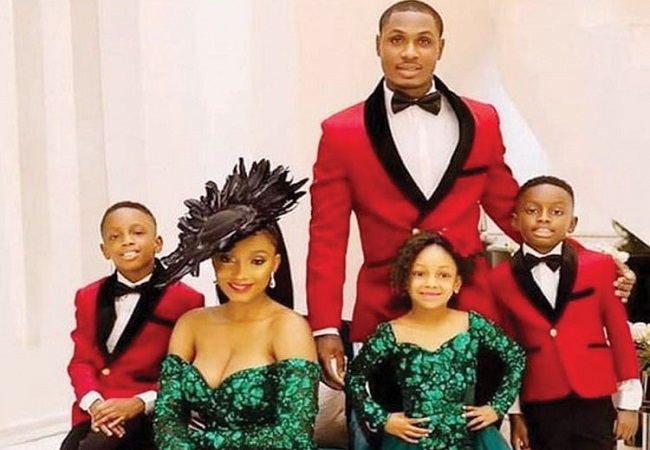 Former Super Eagles star Odion Ighalo has allegedly welcomed a new baby from another woman after his estranged wife congratulated him on Instagram.

Ighalo and his wife, Adesuwa Sonia, have been living separately since January last year- although they are still legally married.

Sonia also hinted she had received her divorce papers, revealing she received an email from the court. The mother of three also claimed there are still many ‘slay queens’ still trying to get a hold of Ighalo.

Ighalo has yet to respond to the comments. But the former Watford striker is back in the country and recently celebrated his birthday, which had in attendance former Super Eagles stars.

Al-Shabab striker is also rumoured to be in a romantic relationship with Nollywood actress Lillian Esoro. The latter who recently divorced her husband, Ubi Franklin.

Ighalo and Sonia both have three kids together from their union.