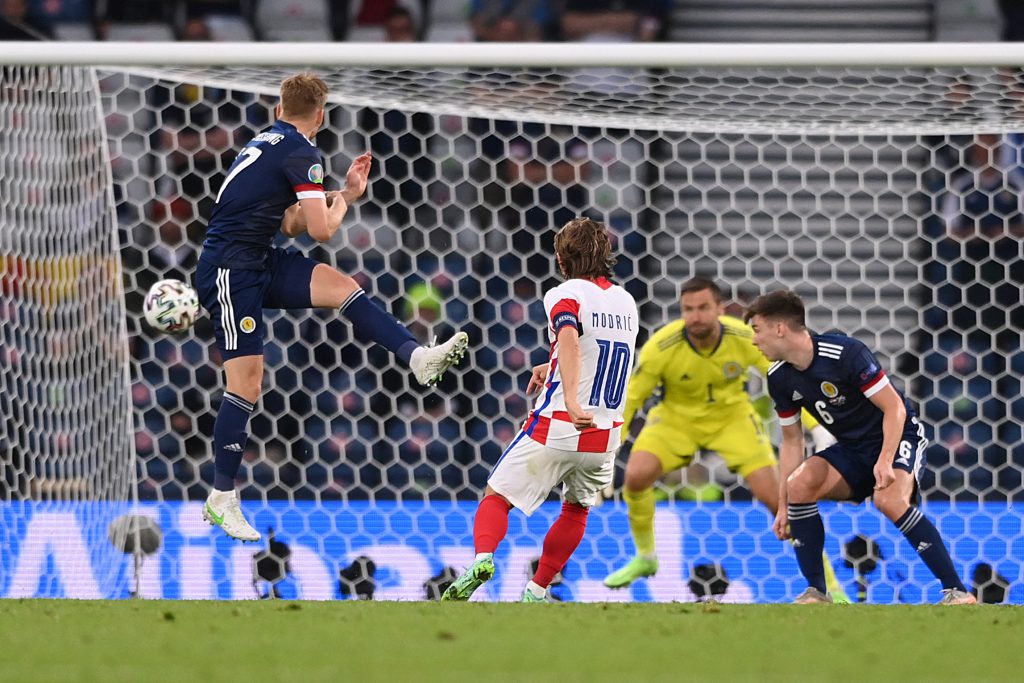 Croatia captain Luka Modric could not contain his joy as they cruised into the round of 16 of the UEFA Euro 2020 following a 3-1 win over Scotland.
Modric was on the scoresheet as outclassed Scotland in front of their supporters at the Hampden Park.
Both teams needed a victory to sail through to the knock out stage as Scotland looked to dangerous in the early minutes.
However, it was the Croat that got in front through Vlašić’s opener from a well-worked move.

McGregor’s equalized for Scotland from a fine finish just before the break as both teams headed to the dressing room tied.
Modrić restored Croatia lead in the 62nd minute before he turned the assist provider for Ivan Perisic who put an icing to the cake.
When the final whistle sounds, Croatia was through to the knockout stage who are clearly overjoyed at extending their campaign.
For Scotland, a first goal at a major tournament since 1998 is another symbol of the progress they have made.

Speaking after the game, the Real Madrid midfielder said, “We are happy because we played a big match and qualified for the next round.

“We were not happy with performances in the first two matches and we knew we could be better.
“When we play like this, we are dangerous to everyone.”
“This goal means a lot to me but our play means more, from the beginning until the end.
“I am happy that my goal helped, but it’s most important that the team won.”